When women were questioned[1] at the Million Woman March this weekend on why they were protesting, many bordered on incoherent. Very few could tell you exactly why they were protesting other than they hate President Trump and fear him. Some mumbled about women’s rights and losing them… some parroted they want equality. First of all, Trump hasn’t taken any rights away from women. His Cabinet has a number of high profile women in it and in his business there are many there that are upper level as well. They are paid on the same level as men, which you can’t say for the Democrats. So, I also don’t see how equality is an issue here. I’m still trying to grasp exactly why they marched in the first place.

Gun Rights Across America gave the perfect response to all this nonsense. They posted on their Facebook page a pic of a woman holding up a sign that says: “I Dream Women Will One Day Have The Same Rights As Guns.” This woman wasn’t at the Million Woman March, but she might as well have been there… the sentiments are the same. The same stupidity applies. The response is classic as you will see below and showcases how ridiculous these protesters are. 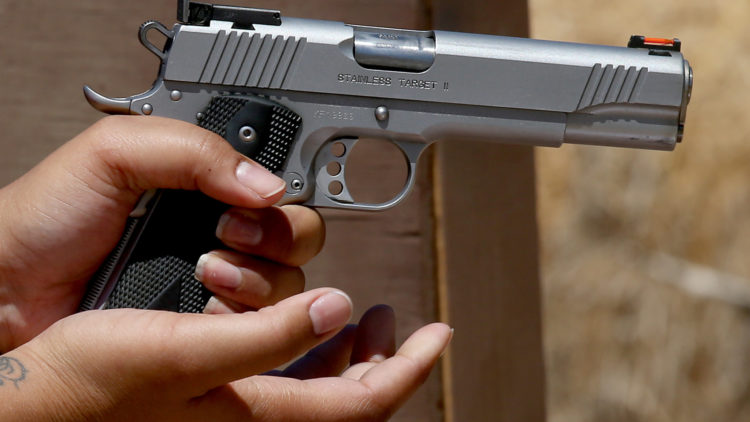 Media interviewed some of the women at the Women’s March on Saturday.

Gun Rights For America posted a picture of this woman today.

She was not part of the march, but seems to raise a similar question. 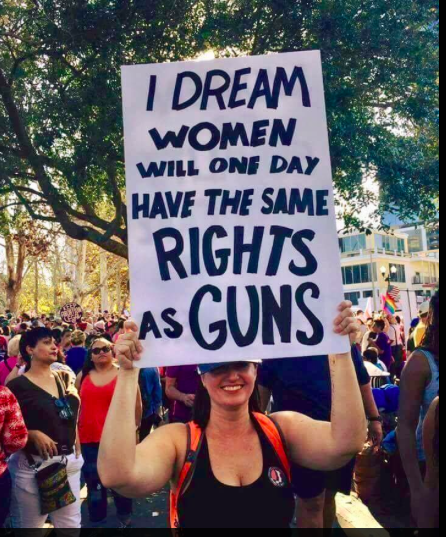 Exactly what rights is she missing?

How is she not equal?

What rights will President Donald Trump take away? 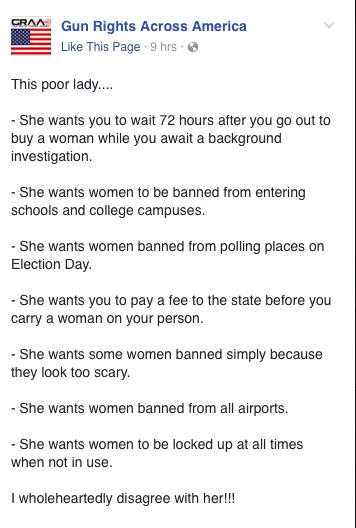 The puns could go on forever and do. I fail to understand all the upset and rage over women’s rights and equality. For most of my life, I have been able to do pretty much anything a man can do… barring physical limitations. Sure, there have been jokes that some find offensive. I find them humorous. Yes, women are stereotyped by some men. But it is always your choice whether you get offended or not, or whether you fall for it or not.

I am a very capable human being. I’m not defined by my gender or my lady bits. They are part of my life, but they are not who I am. It seems to me that protesting with pink p*ssy hats and wearing drawings or outfits depicting a vagina, is nothing short of insulting and insane. Women need to get a grip and instead of griping all the time about how unfair life is… try living it and succeeding. It’s the best revenge.