Freedoms like free speech and the right to bear arms may be outlawed if the Obama administration has its way. And questioning Obama’s ever-growing government is definitely not allowed, as some gun shops have found out: 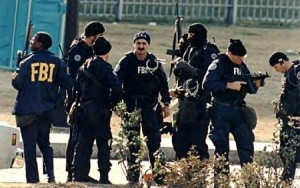 FBI counterterrorism agents are visiting gun shops in South Carolina to investigate “suspicious purchases” made by people who talk about “big government,” according to a new report.

Author Brandon Turbeville says he was approached by an individual who works in a Columbia, South Carolina gun shop to relate the story of how an FBI agent entered the store on Monday, showed his credentials, before proceeding to ask a series of stunning questions.