Liberals never seem to understand that law-abiding gun owners are a good thing. Unless, of course, you’re a robber trying to rob people at a Waffle House — then, you just might end up getting shot. 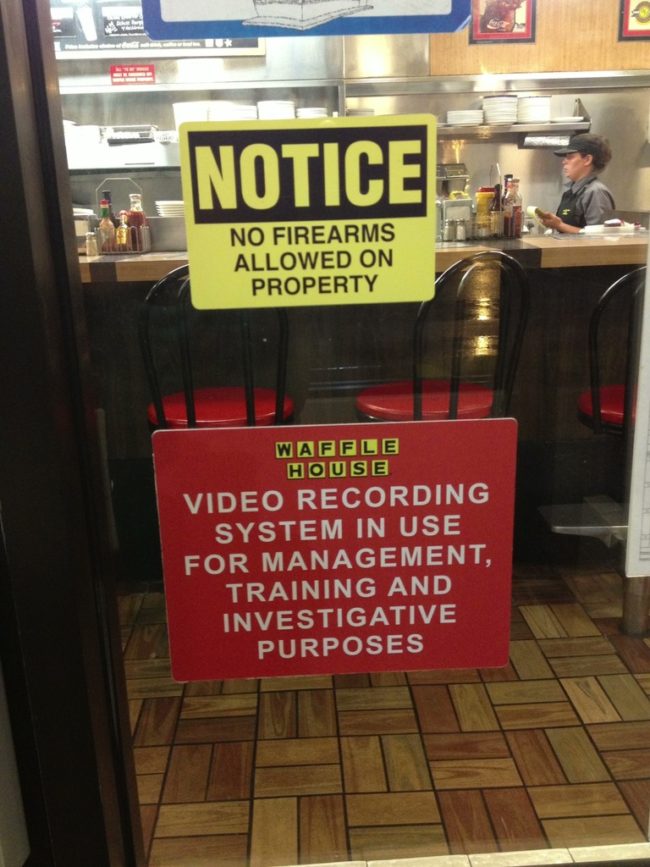 A criminal loaded up his AK-47 and dropped in on a Waffle House to do some robbing. I know what you’re thinking. A Waffle House? Really? It’s no Helzberg Diamonds. Sure, they’re not housing diamonds, but delicious waffles… Which, some would argue, are of equal import.

The thing is, Waffle House doesn’t have heightened security. Or any security, really. Risk of diabetes doesn’t exactly ward off criminals. In fact many a WaHo enforce strict no-gun policies. Makes criminal activity easier when not even a cop can carry his gun inside the place. So this robber? He showed up for that sweet, unprotected dough. Not the leavened kind, you glutton. The kind that’s nested in the wallets of innocent people.

Yeah, one concealed-carry wielding waffle patron wasn’t having any of that.

About 2:30 a.m. Thursday, police were called to the Waffle House in the 1500 block of North Beckley Avenue, where they found a man shot in the parking lot. Customers told police that the man had come into the restaurant, armed with an AK-47, and robbed numerous people as well as the business.
One customer, who was legally carrying a concealed handgun, followed the robber into the parking lot… The customer called out to the robber, who turned and pointed the rifle at him, police said. The customer then shot the robber several times.

It’s worth noting that this good guy with a gun managed to take down an armed thief AND he did it outside the establishment. You know, so as not to break their stupid gun rules. Then he probably walked back inside, sat down, and finished his waffles. That’s class.

Would Waffle House really have preferred that this guy (and his gun) wasn’t there? If so, then they really need to get their priorities straight.