Liberals never ever mix well with guns.[1] So-called ‘smart guns’ are not as smart as the left would have you believe. A security expert who goes by the pseudonym “Plore” has studied the Armatix iP1 smart gun. He wanted to see just how secure the gun really is. It’s being marketed as the most secure gun in the world. Not so much. The gun is connected to a controlling device via a radio frequency. There’s only one problem… it can be hacked and the manufacturer knows it.

The device connected to the gun is a wrist watch. They have to be in a certain range of each other in order for you to fire the gun. The left touts the gun saying it will reduce the number of accidental shootings, as well as criminal acts. Unfortunately, the technology is not secure and if it is hacked you could be left defenseless. Your gun would become a very large paper weight and you would be at the mercy of your attacker. Not exactly what gun carriers had in mind. 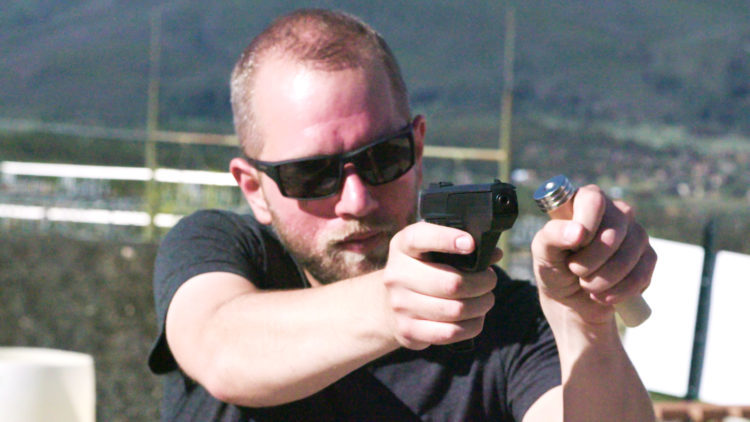 The gun is an electrically wired device that links up with another electrical device via radio frequency. The two devices, one being the gun and other other being a special watch, must be within a certain range of each other for the gun to fire. If the user does not have the watch on his wrist, and it is not within the required range, the gun’s firing pin will not ignite the cartridge in the chamber if the trigger is pressed.

The idea behind this technology is to reduce the number of accidental shootings by unauthorized users such as children, and criminal acts conducted with stolen firearms. A great idea in theory, but this technology is not fool-proof enough to withstand the scrutiny such a device mandates.

A simple magnet can interrupt the radio frequency and render the gun useless. I wouldn’t go anywhere near such a flawed weapon. I’m not surprised it could be hacked either, that’s why it’s a bad idea to put electronics or technology like this in guns. How safe a gun is depends on who is using it and their level of training. If hackers can hack cars and planes, they could certainly hack these guns.

Plore decided to take his info public because people would be putting their lives at risk if they used this gun. Of course, that also tips off the hackers that they can be hacked. Oh well. He also told the manufacturer, who did not deny the problem. This kind of technology is far too vulnerable and ‘smart guns’ are not worth risking your life over. I’ll stick to regular guns thank you that are not susceptible to cyber attacks.