“He Could Have Called 911”: Dead Robber’s Mom Wants Good Guy Charged For His Death

Message to all law-abiding citizens out there: if an armed robber attacks you, you are not allowed to defend yourself or the people around you by any means. That’s the message being sent by the mother of a dead thug, who wants authorities to charge a man with murder for shooting her precious thug son after he put a gun to the head of a woman. 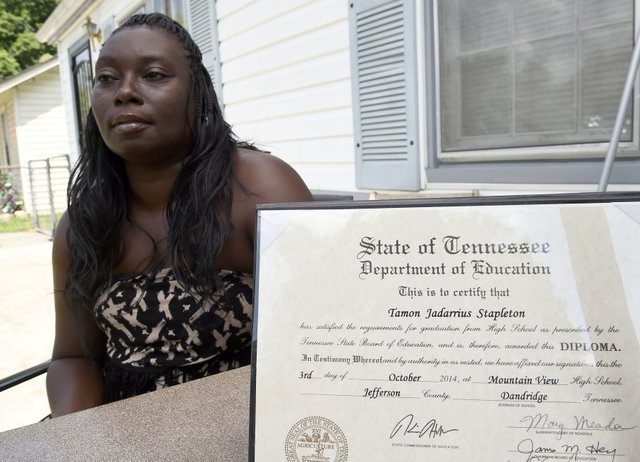 18-year-old armed robber Tamon J. Stapleton stormed into the the Breadbox and forced the female employee behind the counter and towards the register at 2:30 AM with a gun to her head. One of the employee’s male friends happened to be in his car in front of the Breadbox. He retrieved his legally-owned pistol from his car and ran into the store, firing a single shot that struck Stapleton in the head, killing him.

Believe it or not, Stapleton’s mother Joy is now demanding homicide charges be filed against the man who defended the clerk from her violent thug of a son:

The teen just graduated from Austin-East High School. From his mother’s point of view, things were getting better.

“I don’t care what they say about Tamon’s juvenile charges, the past is the past,” said Stapleton.

She plans to fight for charges against the shooter, but police say the case is closed.

No, Joy. That’s not how any of this works.

The article makes very clear that Tamon (and presumably his accomplice, Pumbaa) had a very long and violent juvenile criminal record, starting with six arrests as a 14-year-old. He didn’t even learn anything after being shot previously in 2014.

The problem, Joy, is that your son was a danger to society for a very long time.

The problem, Joy, is that your son was a violent human predator on a fast track to murdering someone.

The problem, Joy, is that you are part of a culture that fails to raise your children with any respect for civility, decency, or hard work.

Do you want to find the culprit in your son’s death, Joy Stapleton?

Find a mirror, and stare at it very hard.

If people want to figure out why there is such an endemic of violence, this is the answer, right here: the complete and total lack of responsibility from people like Joy Stapleton. She has mountains of evidence that her son was NOT a “good boy” who was turning his life around — he was a career criminal who was violently attacking an innocent woman with a gun, and he lost his life because of it. He’s dead because of his own actions and because of her enabling. Maybe if she had been as upset about his criminal activities as she is about someone defending their friend’s life, he would still be alive.