With almost 3 million people out of work in California, you’d think Democrats would be cautious about bills that could drive even more jobs out of our state. The outdoor shooting sports in California employ almost 24,000 people and bring in crucial tax revenue. Additionally, everyone who buys ammo helps put over $12 million into the Dept. of Fish and Wildlife’s Preservation Fund. 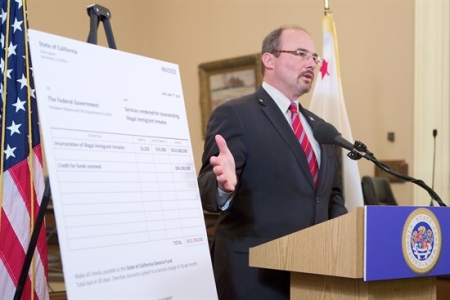 Yet, new legislation called AB711 which claims to ban the use of lead in bullets in hunting is in fact an attempt to ban hunting altogether.

As we discussed the bill in the Appropriations Committee this past week, one firearms expert confirmed that the net effect of the lead ban would be that all non-lead rounds would be considered “armor-piercing”. Since there is already a federal ban in effect on the possession of “armor-piercing” rounds for handguns and since more and more rifle rounds can now be fired through handguns, you get a backdoor ban on hunting in California using lead as the red herring.

We can stop this attack on hunting and the 2nd Amendment here in California before it spreads to other states, but we need your help!

This bill is headed to the floor as early as this week, so it’s now or never! I need letters of support within the next 10 days! If you don’t want hunting to be banned in California, please write a letter or send an email to my office at [email protected][2]. We will print out the copies you send us and bring them to the floor of the Assembly.

Please spread the word because we can’t stop this bill without your help.

Thank you and Godspeed.

This post is by California Assemblyman Tim Donnelly (AD-33)[3].