In a Speech in Mexico, Obama Pledges the Continuation of Gun Control Pushes

I honestly can’t stress this enough: The gun control storm hasn’t passed[1]; we’re just in the eye of it. 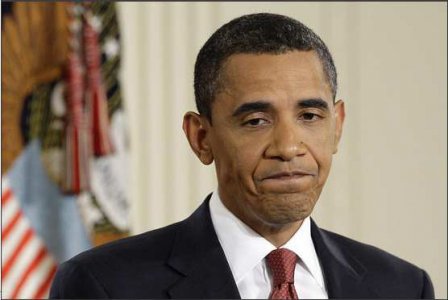 Don’t believe me? President Obama isn’t even trying to hide the fact that this fight for our rights is far from over. In an ominous speech given in Mexico on Thursday after a meeting with Mexican President Enrique PeÃ±a Nieto where he called the recent defeat of all federal gun control efforts “just the first round.”

Obama spoke to the country that is ravished by gun violence but that still maintains some of the strictest gun control laws in the world. Overlooking such “coincidences,” Obama seems to enjoy speaking to crime-riddled places like Mexico and Chicago and assuring them that the policies that are working wonders for those places are being pushed on a national level.

Obama spoke boldly of his commitment to the Mexican government and promised[3], ironically enough,

“I also reaffirmed our determination in the United States to meet our responsibilities — to reduce the demand for illegal drugs and to combat the southbound flow of illegal guns and cash that help to fuel violence.”

Words are cheap. I just need to point out the obvious: if President Obama were truly committed to combat the flow of illegal guns to Mexican drug cartels, Attorney General Eric Holder would be in jail by now.

Obama also answered a question from the press and addressed gun control, saying,

“The last time we had major gun legislation it took six, seven, eight tries to get passed. Things happen somewhat slowly in Washington, but this is just the first round. And when you’ve got 90 percent of the American people supporting the initiatives that we put forward around background checks and making sure that drug traffickers, for example, can’t just send in somebody with a clear record to purchase guns on their behalf with no way of tracking or stopping that, when you had common-sense legislation like that that the overwhelming majority of Americans, including gun owners, those of us who strongly support the Second Amendment, all of us supporting, I believe that eventually we’re going to get that done. And I’m going to keep on trying.”

“Those of us who strongly support the Second Amendment…”? What’s this “us,” Barack?

Again, if Obama was serious about stopping trans-national drug trafficking, he should investigate the biggest facilitator of such trafficking in the United States that just so happens to be the Attorney General.

Further, Obama’s continued insistence that gun control measures will be pushed over and over again is entirely unsettling but not altogether unsurprising. While he loves to mention that “90 percent” of Americans agree with him, I can’t help but note that since gun control efforts failed in Congress, nobody seems to care.

Our movement has many great, impassioned people and we have all worked to keep tyrants at bay as best we can. Many of us are hardworking family-oriented people who value more important things than near-constant political activism. Our eagerness to simply be left alone and for our rights to be left untouched is our weakness; the gun-grabbers know that with enough attempts, our defenses must weaken.

I sincerely hate to be the bearer of bad news, but on this matter, we simply cannot afford to ever let our guard down. While it’s tempting to breathe a sigh of relief after the last exhausting push for gun control, we must breathe with the full knowledge that the left is only regrouping and will continue.

Greg Campbell is a contributor for The Tea Party News Network and is the lead gun rights columnist for resistancemovement.com[4]. Follow him on Twitter:Follow @GregCampbell_18