Our movement is a law-abiding one. It is a movement that respects the laws of the land, even when our so-called leaders don’t. People will sometimes misconstrue our advocacy as an advocacy of lawlessness or of law-breaking. Our point is exactly the opposite; we advocate not that citizens ought to break the laws. Instead, our reverence for law and order run so deep we encourage everyone to obey the law- even legislators and law enforcement. 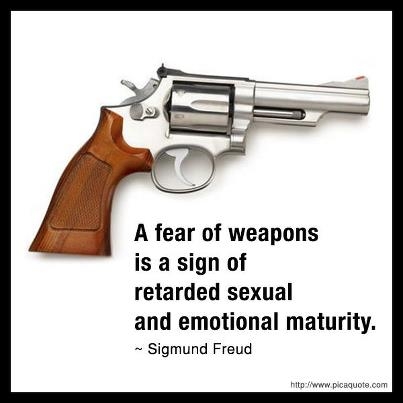 We urge everyone to obey the law and that means following the spirit, intention, and letter of the Constitution.

To that end, the Alabama State Senate has approved a bill[2] that would prohibit federal gun control laws from being upheld in the state if those laws are considered to be a “violation of the Second Amendment.”

The media has remained quiet on the legislation that passed on Tuesday with a whopping 24-6 majority. The bill serves as a reminder[3] to the federal government that states are not obliged to cooperate with laws that violate the already-existing Constitutional protections ratified by states in 1791.

The bill’s sponsor, Republican Sen. Paul Sanford of Huntsville, claimed that the bill comes as a result of very concerned constituents who have serious concerns over the federal government’s interest in regulating the sale, purchase and ownership of firearms. : Sanford, who claims to have a pistol permit and who carries a firearm regularly, stated that he was not trying to render federal law null and void, but only allow Alabama the legal ability to not recognize laws that violate the Constitution.

Ironically enough, Democratic Senator Bobby Singleton of Greensboro, who voted against the bill, claimed that state law could not trump federal law, saying, “This bill is null and void on its face.”

Singleton is right that state law cannot trump existing federal law on issues reserved for federal enforcement. States cannot, for instance, make laws declaring free speech illegal or declare that citizens of that state must assent to quartering soldiers in their home.

However, what makes Singleton’s assertion ironic is that the bill that passed the Alabama Senate does not seek to undermine federal law; in fact, it does exactly the opposite. It is an assertion that the federal government has the right to set the law concerning firearm ownership, and it did exactly that by enacting the Second Amendment. Alabama patriots are respecting and adhering to that law, even if the federal government tries to undercut it with unconstitutional, illegitimate contemporary gun laws.

Will this turn back the tides of anti-gun madness? No. Will this news irreparably dishearten the tyrants of the world who seek to disarm us? Not likely. This is a symbolic victory, a reminder that we are not alone in our reverence for the Constitution and the laws outlined therein. Our movement is a law-abiding one that recognizes legitimate laws.

Greg Campbell is a contributor for The Tea Party News Network and is the lead gun rights columnist for resistancemovement.com[4].Follow him on Twitter:Follow @GregCampbell_18