Liberal Host Of “The View” Wants Gun After Alarm Goes Off

Ever heard the old saying that goes, “A liberal is just a conservative who hasn’t been mugged yet?” Well, one of the hosts of The View, Sherri Shepherd, didn’t quite get mugged, but it was apparently close enough to turn her into a believer in the 2nd Amendment[1]. 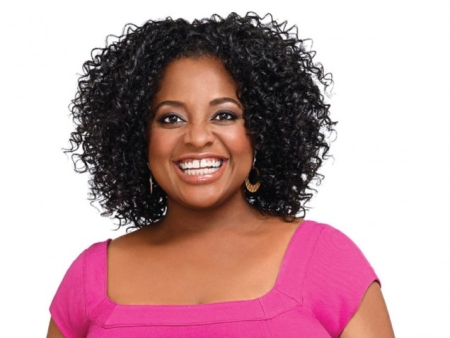 “View” co-host Sherri Shepherd appeared on Tuesday’s “Fox & Friends” and told the hosts why she planned on purchasing a gun.

Last month, the alarm system in Shepherd’s house went off in the middle of the night. Shepherd was so freaked out that she decided to purchase a gun.

“We have two dogs and they didn’t bark,” Shepherd said to the “Fox & Friends” hosts. “And immediately my husband jumped out of bed and ran downstairs. And I ran to my son Jeffrey’s room. And I never wanted a gun in my house but the sight of my son laying there saying, ‘Mommy I’m scared.’ That’s when you realize all you got is a wicker trash basket between me and anybody that comes in this room. And it was a scary thought.”

Shepherd told the same story on “The View” the day after her alarm went off. Co-hosts Elisabeth Hasselbeck and Whoopi Goldberg seemed to understand her decision, but co-host Barbara Walters had a different opinion.

“I don’t have a house. I have an apartment so I have a different set up,” Walters said. “But it scares me, what you’re talking about. Because when you have a gun, the tendency is to use it and sometimes you use it in the wrong way.”

Don’t you love Barabara Walters’ reasoning? What if you used the gun the wrong way? Of course, 99.99% of Americans with a legal, registered gun don’t “use it in the wrong way.” On the other hand, if someone does break into your house and your son is terrified and the only thing between you and someone who may want to kill you “is a wicker trash basket,” it’s easy to see how it could change your perspective.

Although it would have been nice to have Sherri Shepherd supporting the 2nd Amendment all along, better late than never.