Man Has Guns Confiscated Over His Son’s Complaint About Bullies 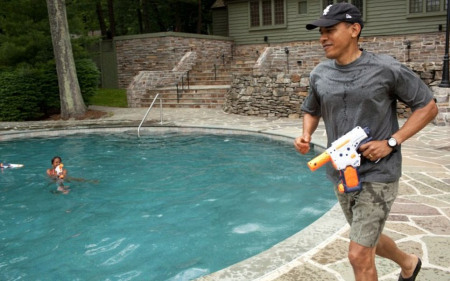 New York state resident John Mayer was stunned when the police showed up at his home and demanded that he hand over all of his guns. Mayer’s pistol license was also suspended.

Did Mayer commit some sort of felony? Was he implicated in a terrorist attack? Did he threaten to go shoot up the local school?

It seems that his 10 year old son heard about some of his friends being bullied by some other boys at school. Mayer’s son then discussed bringing a water pistol, a paintball gun and a BB gun to the home of the bullies.

None of the boys actually owned any of these weapons and nothing came of the discussion, but word did get back to the school’s principal. He suspended Mayer’s son for two days and filed a police report.

Afterwards, the police showed up at Mayer’s house to confiscate his weapons and he was told his permit was revoked until his son turns 18 years of age.

Mayer has hired a lawyer, James Murtha, who says that his client will be filing charges against both the Suffolk County Police and Hauppauge School District in federal court.

Congratulations to John Mayer for refusing to meekly lie down and take it when the local police violated his constitutional rights. You can actually fight city hall and win, but the first step is to fight back. Let these guys get a little bad press and, let’s hope, a judgment against them in court and you will be surprised how fast they’ll start to respect the 2nd Amendment.