Single states haven’t had a lot of luck in the courts nullifying federal laws, but what if a number of states banded together[1] to just say “no” to the federal government? 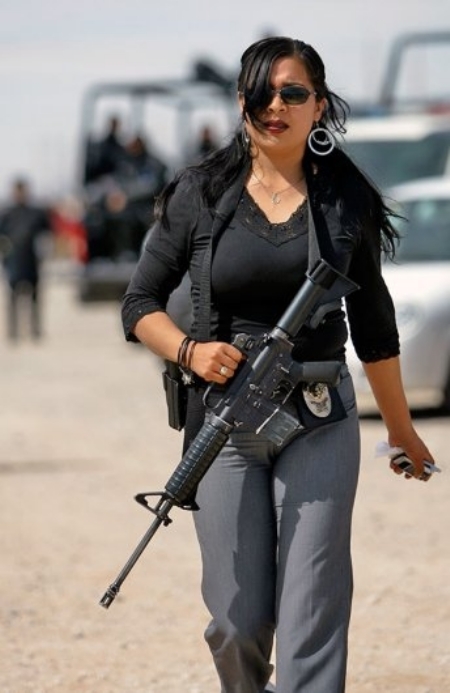 Having failed in an earlier effort to bar federal agents from enforcing gun regulations in Missouri, conservative lawmakers are trying a new tack this year: banding together with other like-minded states to defy certain federal laws at the same time.

Supporters believe it will be more difficult for the federal government to shrug off such statutes if more states act together.

Missouri’s latest proposal, introduced this past week, would attempt to nullify certain federal gun control regulations from being enforced in the state and subject law enforcement officers to criminal and civil penalties for carrying out such policies.

The state’s Republican-led Legislature came one vote shy of overriding Democratic Gov. Jay Nixon’s veto of such a measure last year. This year’s bill adds a new twist, delaying the effective date for several years to allow time for other states to join the cause.

“We continue to see the federal government overreach their rightful bounds, and if we can create a situation where we have some unity among states, then I think it puts us in a better position to make that argument,” said Republican Sen. Brian Nieves, who is sponsoring the legislation.

…Courts have consistently ruled that states cannot nullify federal laws, but that hasn’t stopped states from trying or ignoring them anyway. Last year, a federal appeals court struck down a 2009 Montana law that sought to prohibit federal regulation of guns that were manufactured in the state and remained within its borders.

A similar Kansas law that makes it a felony for a federal agent to attempt to enforce laws on guns made and owned in Kansas earned a rebuke from U.S. Attorney General Eric Holder.

…Republican leaders in Missouri and elsewhere say bringing other states along in the effort might lead to a different outcome.

“This can’t be just a Missouri effort. There has to be a groundswell of support by the people – by other states as well – in order for us ultimately to be successful,” said Republican Senate President Pro Tem Tom Dempsey.

There’s a pattern for states to follow when rebuffing federal laws. Although possessing and distributing marijuana remains a federal crime, about 20 states now have laws that allow people to use marijuana for medical purposes, and the federal government has declined to challenge new laws in Colorado and Washington allowing recreational use of marijuana.

“The idea is that if you’re standing alone against a federal law, then you’re not as likely to have success than if you’re standing with other states,” said Arkansas Republican Rep. Bob Ballinger, who sponsored an unsuccessful attempt to prevent enforcement of federal gun control laws in his state.

Under the Missouri legislation, federal law enforcement officers could face misdemeanor charges punishable by up to a year in jail and a $1,000 fine for attempting to enforce federal laws considered to be “infringements on the right to keep and bear arms.”

The bill cites no specific federal law, but the measure refers to taxes and fees, specifically levied against firearms, as well as tracking policies that have a “chilling effect” on gun ownership.

The provisions would take effect in January 2017 – or sooner, if at least four other states pass similar measures before then.

Could this work? If they get enough other states to go along, sure it could. After all, John Roberts trashed the Constitution and twisted himself into a pretzel over Obamacare because he didn’t want to face a political backlash for ruling that the law’s illegal. That proves beyond a shadow of a doubt that the SCOTUS responds to political pressure and if enough states are willing to band together to fight all the way to the Supreme Court, we could see it happen again.