We’ve seen several states take this route, including Kansas (and other states, such as South Carolina, are looking to block implementation of Obamacare). Missouri is the latest

(Fox News[1]) The Missouri Legislature sent the governor a bill Wednesday that would expand gun rights and declare all federal gun regulations unenforceable, in a response to President Obama’s push for gun control legislation. 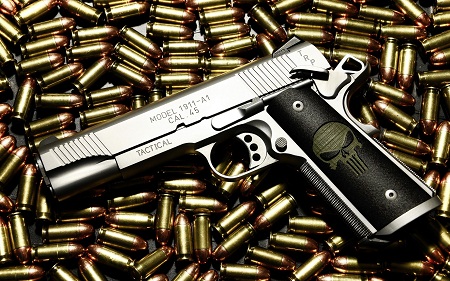 The Republican-led Legislature passed the measure hoping to shield the state from federal proposals that would ban assault weapons and expand background checks. But the U.S. Senate’s defeat of a background check expansion three weeks ago did nothing to assuage the fears of Missouri Republicans who pressed forward with their legislation.

The Missouri House voted 118-36 Wednesday to send the bill to Democratic Gov. Jay Nixon. The Senate passed the measure earlier this month.

Strangely, those urban areas tend to vote mostly Democrat. One would think that Democrats would be in favor of allowing their constituents to have the ability to defend themselves from the crime that Democrat policies creates. It’s not particularly helpful if one’s voters are, you know, dead.

The legislation, if it is signed by the governor, would also allow certain designated people to have concealed carry on school grounds, but they would have to pass a special certification program. It would increase open carry ability. It would stop the release of gun permit holder information. And it would stop doctors from asking if a person has a gun.

Top cop Eric Holder, whose department ran guns into Mexico, will surely send a nasty letter and threaten lawsuits. Still waiting for him to send a letter to Colorado over their marijuana law.