OH Sheriff Where Eight People Were Killed Says “If You are Fearful, Arm Yourself” [VIDEO]

After news broke that eight people in Ohio were brutally murdered, execution-style, people around the country were shocked — and afraid. The sheriff of the county where the murders took place has some good advice, though: if you’re scared, arm yourself. 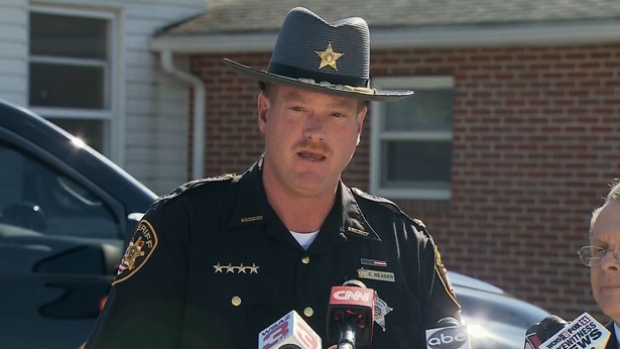 Pike County Sheriff Charles Reader said on Sunday at a press conference, focused on the execution-style murder of eight family members in rural Ohio last week, that people should arm themselves if they are “fearful,” as the perpetrator or perpetrators remain at large.

“I can tell you if you are fearful, arm yourself,” Reader said. “If you feel that you need to protect yourself or family do so, and contact the local law enforcement to come and respond to it.”

According to WSAZ, News Channel 3 in Ohio, eight people, including a teenager, were all killed execution-style in four separate locations on Friday in the Peebles area of Pike County, Ohio near the Adams County line Friday.

The victims ranged in age from 16 to 44. Three children, including a newborn, survived the attacks.

Reader is absolutely right. Police are invaluable, but the fact of the matter is, in life-and-death situations where someone is trying to kill you, they can’t be there instantaneously and it is vital that you be able to defend yourself.