Typically, if someone is hurt or killed after breaking into another person’s house, it’s considered justifiable self-defense. But the family of the criminal doesn’t always see it that way, as ludicrous as that is. And when one teenager was killed after he broke into someone’s house, he was met with an AR-15 — and his family is speaking out. 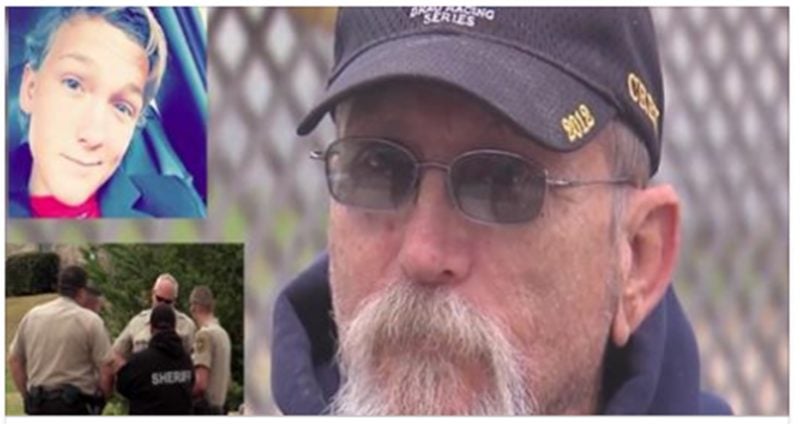 Jacob Redfearn is one of three Oklahoma teenagers who broke into a Wagoner County home and all three of the would-be robbers were shot and killed. The other two burglars were 19 year-old Maxwell Cook and 16 year-old Jacob Woodruff. Left behind was 21 year-old Elizabeth Rodriguez, the alleged getaway driver and supposed “mastermind” of the burglary plot, as investigators believe she planned the crime.

The three teenagers broke through a glass door and entered the home, where they found the homeowner’s 23 year-old son, armed with an AR-15. “They were dressed in black, all had masks on, and all had gloves on,” Deputy Nick Mahoney said. “There was a short exchange of words and then gunfire happened.”

Two of the teenagers died right there in the kitchen. A third tried to run away, but he collapsed in the driveway, and also passed away.

Rodriguez has since been arrested, but Redfearn’s grandfather, Leroy Schumacher, is angry at the gun owner. While he agrees that they were wrong for attempting to rob the house, he didn’t believe they deserved to be shot for it. “What these three boys did was stupid,” he admitted. “They knew they could be punished for it but they did not deserve to die.”

And despite his seeming criminal activity, Schumacher claims that Redfearn never got into trouble. And he argued that the teenagers never had a chance. “Brass knuckles against an AR-15, come on, who was afraid for their life,” he claimed.

Police evidently disagree; the homeowner has not been charged with anything. Police say he fired in self-defense. But Schumacher still thinks he took it too far. “There’s got to be a limit to that law, I mean he shot all three of them; there was no need for that,” he argued.