Rep. Steven Palazzo: “If the 2nd Amendment Goes Down, All Our Rights Go Down”

What would happen if the Obama administration was able to effectively destroy the 2nd Amendment? According to one GOP representative, all of our other constitutionally protected rights would follow. 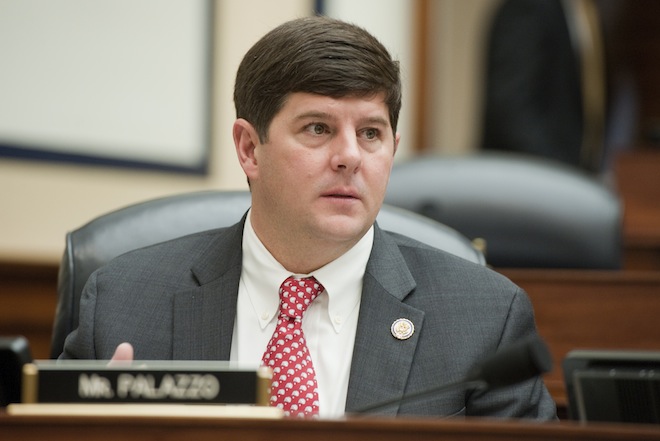 On January 7, Breitbart News reported that Palazzo posted the censure to his congressional webpage, writing:

For seven years, the President has gradually expanded his powers through executive overreach. His actions this week to take away the Second Amendment rights of law-abiding citizens is just the latest, if not most egregious, violation of the separation of powers found in the United States Constitution. Congress must go on record to stand up as an equal branch of government – both against this President and any future president who attempts to use his authority to write the law instead of enforce the law.

When Breitbart News spoke with Palazzo, he stressed how important it is that the GOP “not wait till tomorrow to fight the next battle,” but that they “stand up to Obama now.” He said that if people want to see a contrast between conservatives and liberals, the GOP needs to demonstrate it by letting Obama know they have no intention “of rolling over.”

The Second Amendment is the amendment that protects all our other rights. And censure is a formal rebuke–the strongest possible action that Congress can take toward the president, short of impeachment. And it is achievable. It would serve Congress’s best interest, in that we go on record rebuking the president for executive overreach. Doing so will protect the separate of powers–which is in the constitution–and will also shine a light on Congress’ status as a co-equal branch of government.