Republican Congressman: I’ll Kill Any Gun Control Bill That Passes The Senate With A “Blue Slip.”

If the Senate does manage to pass a gun control bill, it will be in for a rude surprise once the bill hits the House. Republican Congressman Steve Stockman (R-TX) is now promising to kill any gun control bill that passes through the Senate dead as a doornail with a “blue slip.” 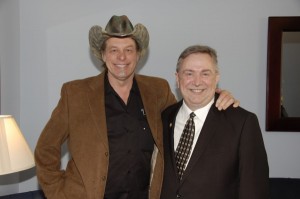 “The Democrat gun ban is dead on arrival. I will introduce in the House a blue slip resolution that will automatically kill the Senate gun ban,” said Stockman. “Not only are Democrats on the wrong side of public opinion, they are on the wrong side of the Constitution. You can’t strip Americans of their gun rights, and you certainly can’t do it by having the Senate create a national tax on firearms. They are in violation of constitutional limits on federal power.”

What Stockman is referring to there is the Constitution’s requirement[2] that “All Bills for raising Revenue shall originate in the House of Representatives.”

In the case of the gun control bill, it’s beginning in the Senate and requires gun owners to pay a fee for a background check. That means Stockman isn’t making an empty threat. He can, in fact, stop the bill in its tracks and send it back to the Senate.

That would be worthwhile, because the longer it takes to get a bill passed, the less likely it is to pass. Moreover, the closer the House gets to election year 2014, the less likely Republicans and any Democrats in purple districts will be to vote for a bill.

Americans who love the 2nd Amendment aren’t out of the woods yet, but Steve Stockman’s bold stand is another step in the right direction.