The Fresh Market[1] has just caved to Moms Demand Action and are now refusing to allow gun carrying Americans access to their store. They join Kroger, Chiptole, Jack in the Box, Sonic and Chili’s on the list of businesses that changed their gun policy due to pressure from Moms Demand Action. This is a Bloomberg-funded group that has been pressuring all kinds of retail outlets to violate the Second Amendment rights of their customers. Starbucks and Staples told them to get stuffed. Frankly, if a store has this policy, they don’t need my business or anyone else’s who cares about the Constitution and freedom. 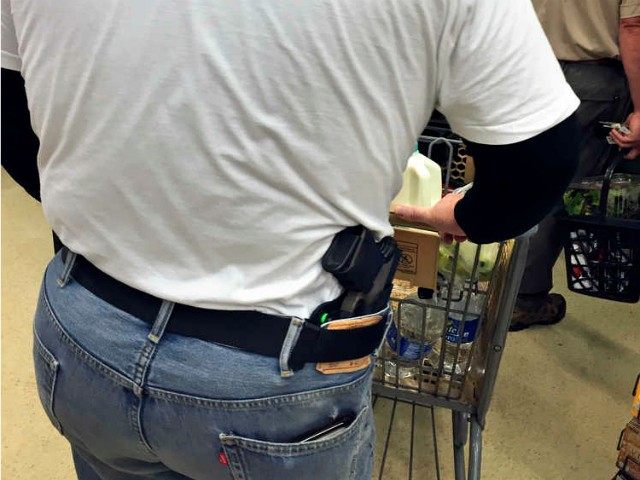 North Carolina-based grocer The Fresh Market says it will refuse to serve law-abiding customers who carry guns for self-defense.

The decision came amid pressure from the Micheal Bloomberg-funded group, Moms Demand Action, which claims to have “gathered nearly 4,000 signatures across North Carolina” to pressure The Fresh Market into banning guns.

According to the AP[3], The Fresh Market is asking law-abiding patrons to refrain from carrying guns to “ensure a welcoming environment where our customers and employees feel safe, and treat one another with kindness and respect while shopping and working.” No mention was made of how The Fresh Market plans to protect unarmed patrons from criminals who have never been hindered by a gun-free policy or a “no guns allowed” sign.

These fascists gathered over 4,000 signatures to pressure the store into compliance. 4-Traders reports The Fresh Market not only banned guns, but actually had their former CEO work with Moms Demand to formulate its new gun policy. Fresh Market has 20 stores in North Carolina. Moms Demand Action has also asked Matthews-based Harris Teeter to implement gun bans in its stores, delivering petitions to Harris Teeter’s headquarters last year. Why don’t these guys just put up a huge sign that declares they are a gun-free zone where criminals can come in any time and have their way? Maybe they should warn their patrons they are putting their lives at risk by shopping there. A private business can do whatever they want, but we also don’t have to give them our business. I prefer to not shop in a shooting gallery, thank you very much.