If you were the victim of a deadly mass shooting, would you still support gun rights? For one courageous young teenager, the answer is yes: despite losing a kidney, she’s still against gun control. 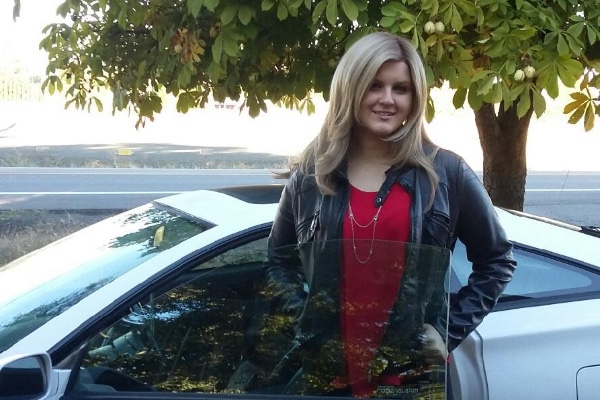 A teenager who was shot in the back during the Umpqua College shootings on Thursday has said she is still in favor of gun ownership – despite her narrow escape.

Cheyeanne Fitzgerald, 16, remains critically ill in hospital following an operation to remove one of her kidneys but her brother Jesse, speaking exclusively to DailyMail.com outside the Mercy Medical Center in Roseburg, says she is beginning to improve.

He also revealed that the family have discussed the issue of gun ownership and said that all – including Cheyeanne – remain opposed to controls.

‘We’re pro second amendment, pro guns,’ said Jesse. ‘My sister, my mother, my whole family are all in favor. We were talking about it in the hospital and none of us have changed our minds.’

Asked whether the answer to tragedies such as the one on Thursday is more guns, Jesse said he would like to see armed guards on campuses and teachers trained in the use of non-lethal force.

‘We should have teachers trained in non-lethal ways to take people down,’ he said. ‘There is surely a way to defend kids at school. Armed guards on campuses maybe.’

Jesse has spent the past three days at his sister’s side and rushed to be with her and other family members at the hospital following the tragedy.

Cheyeanne was in class when gunman Chris Harper-Mercer burst in and, like her friend Lacey Scroggins, 18, survived the attack by playing dead and hiding under the body of a classmate.

‘Talking about what happened is hard for her,’ added Jesse. ‘I don’t like to bring it up too much when she’s around.’

The teenager now faces a long road to recovery and, along with an operation to remove a kidney, has also had surgery to remove some of the shrapnel littering her body.

‘It’s hard for her to move right now,’ said Jesse. ‘It’s painful for her to move around and she can’t sit up by herself. She’s also pretty disoriented from the medication.’

It would certainly be understandable, albeit misguided, for this girl to start supporting gun control, given what she’s been through. But she’s showing that not only is she brave and resilient, she’s smart, too. Gun control doesn’t prevent crimes like these from happening — it just prevents people from being able to defend themselves.