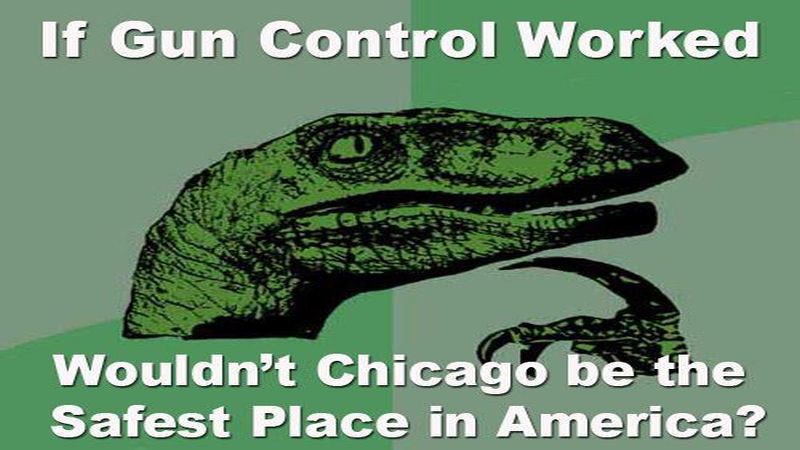 The NY Times’ Gail Collins does what liberals do best: politicize a tragedy for their far left politics. She is, of course, not the only one. Michael Bloomberg’s anti-gun group Everytown and Excitable Shannon Watts both did their best to politicize[2] the shooting before the facts are in. Loony Tariq Nasheed referred to the shooter, Esteban Santiago, as a “white Hispanic[3].” He had the gun packed away in his checked baggage, he had expressed views which made him seem a bit nuts, told the FBI he felt ISIS was controlling his mind, so

Arms and the Trump[4]

When a man at a Florida airport retrieves his luggage, takes out a gun and kills five people, the only part people are surprised about is that it happened at an airport.

In the grand sweep of American gunfire in the 21st century, all we can say about Friday’s Fort Lauderdale tragedy was that it’s the worst mass shooting so far in 2017. But there have already been six incidents with more than three dead or wounded victims. On Wednesday, three family members in Fontana, Calif., were killed in their home and another critically wounded. A 73-year-old relative was charged. Never even entered the national conversation.

Strangely, the rise of murders in Democrat run cities, mostly with Blacks shooting Blacks, isn’t in the national conversation, at least as how the national news covers it. In the brief periods it’s mentioned, the thrust is typically about making it harder for law abiding citizens to obtain a firearm to protect themselves from the rising tide of violence in Democrat run cities.

Meanwhile, many people in non-gun places wondered why airline passengers were allowed to have firearms in their luggage.

It’s hard to have a rational gun conversation in a country with such a cultural chasm. It’s the job of our national officials to bridge the gap. And it ought to be possible, since there are some important issues on which almost everybody agrees. One is that gun purchases should be run through background checks to make sure the buyer doesn’t have a record of lawbreaking or serious mental problems.

First, virtually every purchase requires a background check. This is typical scaremongering and, yes, lying, from the anti-2nd Amendment people (say, does the NY Times still have armed security in the lobby, Gail?). Second, you can see she wants to ban people from flying with their weapons, despite this being just about the first time this has happened. Funny how she doesn’t get as worked up when it’s an Islamist doing the shooting.

This is the moment where I tell you that our president-elect does not believe in sensible regulation of gun sales.

Donald Trump’s position on gun laws has gone through a rather familiar evolution. Back in the day he was a sort of indifferent moderate. Then came the campaign and a love affair with the National Rifle Association, which dumped about $30 million into the effort to get Trump elected president.

But about the background checks: The N.R.A. lobbyists hate them. And Trump has promised that as soon as he’s sworn in, he’ll “unsign” Barack Obama’s executive order closing a big loophole involving online sales and gun shows.

Trump could make a really good start this month by just — not doing anything divisive. Give the country a hint that the guy who terrified so many Americans during the campaign will be more measured in office. Leave the background checks alone. We’ve been through a lot.

But, hey, nothing says responsible, non-partisan journalism like linking Trump and the NRA to the shooting, eh?