Whatever motivates authoritarians to repress gun rights, it doesn’t appear to be safety:

Virginia Gov. Terry McAuliffe (D.) vetoed a bill on Friday that aimed to allow victims of domestic violence to carry concealed firearms without obtaining a permit.

House Bill 1852 would allow anyone in Virginia who has a protective order and is over 21 to carry a concealed firearm without a permit for up to 45 days after the order is issued. It would then give anyone with an active order an additional 45 days to carry concealed should they apply for a permanent concealed-handgun permit, which can take up to 45 days to process. The person with the protective order would be required to show police the order or permit application and photo ID if stopped.

Any woman who has dealt with a violent ex is sure to realize that by the time she had jumped through all the hoops and waited on the bureauweenies to grant her a concealed carry permit, she might already have her brains bashed in, whereas if the ex knew she was able to exercise her Second Amendment rights, he would be less likely to give her trouble.

Maybe McAwful cares about safety after all — just not the safety of those requiring an equalizer. Last year he unilaterally restored voting rights to 13,000 felons and announced plans to do the same for hundreds of thousands more. Soon after, he pardoned 60,000 felons, hoping to swing the election.

Who could expect him to take the side of law-abiding victims of domestic violence? That’s not where the votes are for a guy like McAwful, a quintessential Democrat who the bad guys can always count on to take their side. 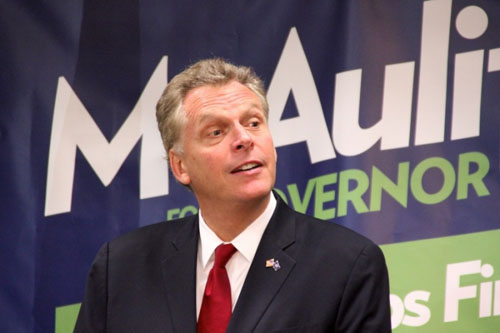