Terry McAuliffe probably had no idea what was waiting for him when he severed concealed carry agreements with 25 states, that so many Virginians would become so angry. He also probably did not expect that he might lose his armed guards as a result, either. 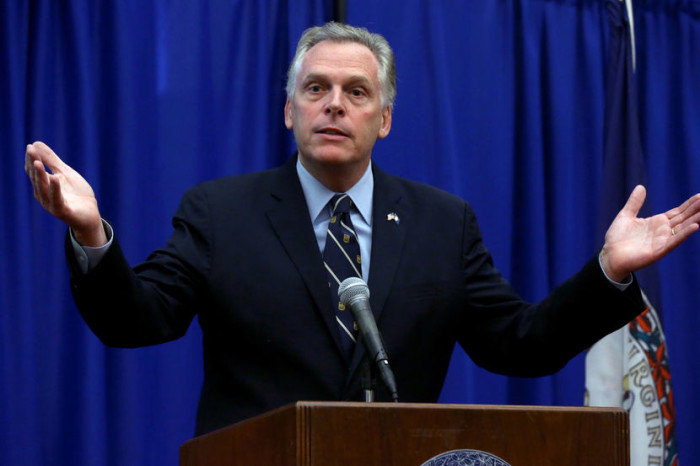 Virginia’s radically anti-gun Governor and Attorney General were probably quite pleased with themselves when they spitefully severed concealed carry agreements with 25 states, including all but one of its neighbors.

They probably didn’t anticipate the backlash they’ve received, which includes calls to recall or impeach Attorney General Mark Herring, and pushes for legislation that will both strip elected officials of the ability to make such unilateral decisions, and get a little payback.

Herring’s announcement came three weeks before the start of the General Assembly session, which is controlled by Republicans. In November, a bill was filed that would require Virginia to recognize permits from other states. If approved, it would reverse Herring’s ruling.

“A lot of the governor’s power is deferred to the General Assembly at that point and I’ll be getting with my collegues to circumvent everything this governor has done on this point,” he said. “I have a budget amendment that I’m looking at to take away his executive protection unit. If he’s so afraid of guns, then I’m not going to surround him with armed state policemen.”

When will politicians learn that gun-grabbing never ends well? And really, if they think guns are so bad, then why do they surrounding themselves with people armed with lots of guns?