WATCH: Terrifying Footage Shows a Man Kicking Down the Door Wielding a Machete Just Moments Before He’s Shot by the Homeowner

What would you do if someone broke down your door and started swinging a machete at you? In the case of one homeowner, he exercised his second amendment rights and defended himself. 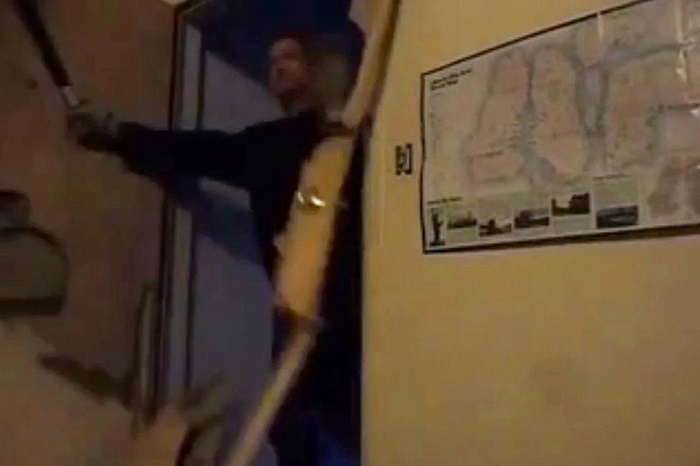 A man is facing up to 15 years in jail after breaking into an apartment while wielding a machete.

Twain Thomas, 54, from Potacello, Idaho, was threatening residents with the weapon in his building in February 2013, when he kicked down the door of James Cvengros and his girlfriend Kaila Gearhart’s home.

Mr Cvengros manage to capture the moment on a digital camera after he heard the commotion and decided to press record.

He then shot Thomas after the pair had screamed at him, demanding that he leave.

Mr Cvengros told Local 8 News: ‘If he hadn’t been shot at that time, then we would be looking at a murder case, not an attempted murder case.’

Liberals rail so much against gun rights, but this is exactly the reason that guns are such a good thing. Without them, this man and his girlfriend would have been killed violently — but they weren’t, because they were able to fight back.