WHOA! With Gorsuch On SCOTUS The NRA Launches Series Of Attacks On California Gun Laws!

Seating Judge Neil Gorsuch[1] on the Supreme Court has emboldened the NRA to go after California’s restrictive gun laws. They are now filing a series of lawsuits to roll back unconstitutional gun laws in the land of fruits and nuts. First up is the unconstitutional ‘assault weapons’ ban. I am thrilled by this and I am sure that gun owners in California are doing a Snoopy dance over it too. President Trump campaigned on getting Second Amendment-friendly justices on the High Court and he did just that. Now the fun begins.

The LA Times is also reporting that the NRA is beginning a legal push they have been planning on for some time: “The flurry of legal action comes as Neil Gorsuch, President Trump’s choice for the Supreme Court, takes his seat, returning a conservative majority to the nation’s highest court. And as the Republican administration begins appointing additional judges to the federal court system, gun-rights advocates say they hope that some of the more restrictive laws imposed in recent years will be vulnerable to legal challenge.” They will be and now is the time to strike a blow to these unconstitutional gun mandates. 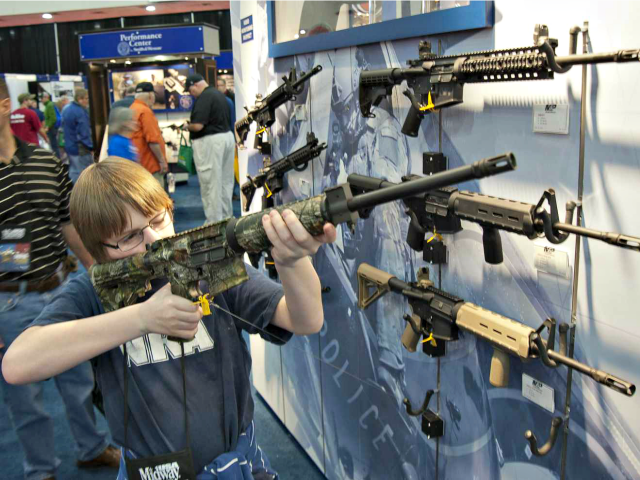 With Justice Neil Gorsuch now seated on the Supreme Court of the United States (SCOTUS), the NRA is launching a “series” of lawsuits aimed at rolling back gun controls in California.

The NRA’s first move is a suit filed with the California Rifle and Pistol Association — a suit which seeks to have California’s “assault weapons” ban declared unconstitutional.

The suit was filed April 24, and the NRA-ILA announced[3]:

The suit, Rupp v. Becerra, seeks to have the courts declare the AWCA unconstitutional because the ill-conceived law will do nothing to stop terrorists or violent criminals, and infringes on the right to keep and bear arms under the Second Amendment.

The Los Angeles Times[4] reports that the suit is the first in a “series” that the NRA plans to file, now that Gorsuch is on the bench.

One of the attorneys representing pro-Second Amendment groups in the suit against the “assault weapons” ban, Chuck Mechel, points out that AR-15s and other similar weapons are “commonly possessed for lawful purposes by law-abiding citizens for self- defense or shooting sports.” Which is absolutely true. This ties back to language in the majority opinion of District of Columbia v Heller (2008), wherein Justice Antonin Scalia indicated that for every epoch of American history, the Second Amendment protects weapons “‘in common use at the time,’ for lawful purposes like self-defense.”

I have great hope this ban will be overturned and others will follow. It’s going to be a long, hard slog to depopulate these courts of Marxist judges, but it has to be done to protect our constitutional rights and our freedoms. This is just the first of a string of lawsuits being filed by the NRA. They aren’t wasting any time. These suits will challenge the “gunmageddon” bills, as well as the new laws enacted by Proposition 63 — which was overwhelmingly opposed by law enforcement. That’s very, very good news. In John Hawkins’ New book[5], ‘101 Things All Young Adults Should Know’, he teaches in chapter 81 of the book, “If you buy a gun, learn to use it.” I would add to that, if you own a gun in your state, learn the law concerning guns there. Your rights depend on it. 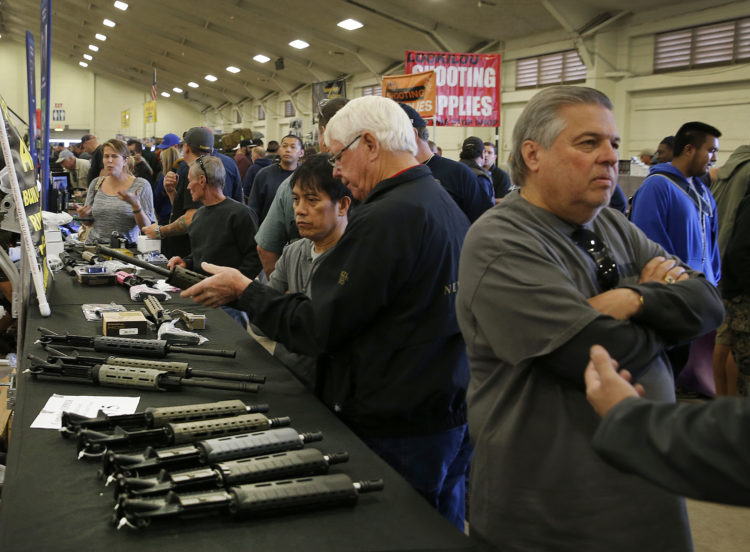