Thank goodness for guns — they’re the great equalizer when it comes to women and self-defense. And thankfully, this woman was packing when a thug tried to rob her at knifepoint. 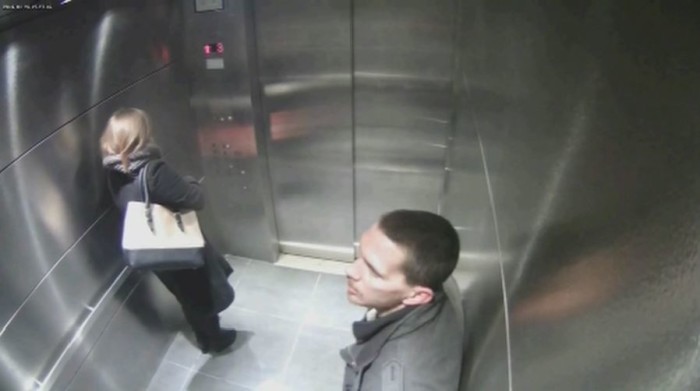 Robber has knife, woman has gun[2]

A crook with a knife is about to try to rob the wrong person. Little does he know, the woman he's been stalking in an elevator has a gun. abc7.la/24HsGz6Tonight, how this pistol-packing lady turned the tables on her would-be attacker, leaving him bloody and wounded. The incredible ordeal caught on camera – at 11 from ABC7 Eyewitness News.

It was a suspenseful January night as a man suspected of trying to rob a woman at knife point was instead shot by the would-be victim in Louisville, Kentucky.

Police said a man was captured on surveillance camera stalking the woman. He eventually follows right behind as she heads into an elevator at a parking garage.

There is no surveillance camera rolling when he eventually attacks her in the parking lot.

Police said she got in her car, he pushed in right behind her and put his hand over her mouth before pulling out a knife.

A violent struggle ensued, causing the car’s windshield to crack. It was in that moment that the woman reached into her purse and pulled out a gun.

The would-be victim shot the suspect in the neck.

The attacker was later seen on a surveillance camera coming down the parking structure’s stairs and bleeding from the neck.

He probably thought she was just a little girl by herself who would be an easy mark. But thanks to the gun she was carrying, she was able to defend herself — liberals everywhere need to see this and understand that THIS is why we need guns.