After the holidays, your fridge is often stocked with leftover food that you will be eating for days to come. You know every turkey-related recipe that the human race has to offer, but how long does it take for it to turn? Microbiologist Dr. Martin Goldberg[1] has crunched the numbers and tells you when you should throw away that Tupperware of stuffing. 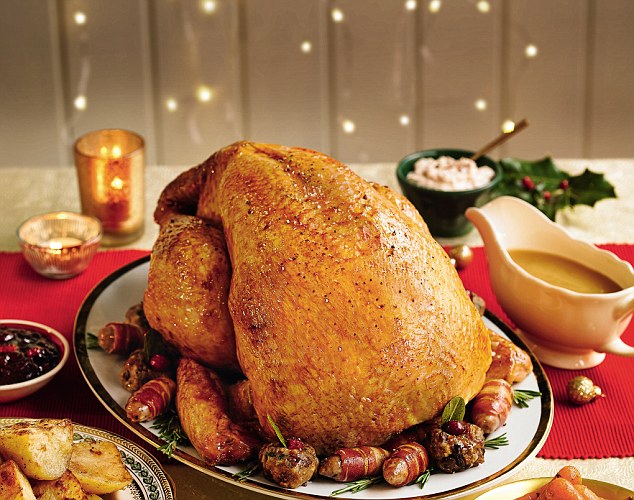 Another mince pie any-one? Already lining up the recipes for turkey curry and parsnip soup?

It’s Boxing Day and there is barely a fridge in the land that isn’t groaning with leftovers. But how long can you safely keep them for?

We enlisted the help of microbiologist Dr Martin Goldberg, of Nottingham Trent University, to find out . . .

The key to keeping it safe, says Dr Goldberg, is to cool the bird as fast as possible.

‘You shouldn’t refrigerate warm food because it raises the temperature inside the fridge,’ he warns.

‘This can cause bacteria in the food to start multiplying.’

In Britain, fridges run at between 3c and 5c, which limits — but doesn’t fully prevent — growth of most bugs. Bacteria will start to grow in any temperature over 8c.

‘The problem with turkey is that because the carcass is so large, it takes ages to cool — and the longer it’s warm for, the more likely bugs are to grow in it,’ says Dr Goldberg. ‘Get it down to 6c as quickly as possible.’

Of course, as you cooked your bird yesterday, this advice will be too late. But here’s what you should ideally have done — and what you can do next year.

First, get the turkey down to room temperature by cutting it into thin slices to speed cooling. Then, pop it straight in the fridge. This prevents bacteria called clostridium perfringens from spoiling the meat.

This bacteria, the third most common cause of food poisoning in the UK, is usually transferred to us by poor hand-washing.

‘Clostridium perfringens forms spores that can withstand cooking,’ says Dr Goldberg. ‘As the food cools, these spores start to germinate and grow very rapidly. They produce bacteria and it’s these that causes food poisoning.’

Once you take the bird out of the oven, its internal temperature remains high for a long time, so you need to cool it down.