Germany’s version of the Walking Dead[1] just went real in a refrigerated room at a funeral home there. A doctor declared a 92 year-old woman dead. That evening in the cold storage of a funeral home, an attendant got the scare of his life when the woman woke up and started screaming. I don’t blame her one bit. Unfortunately for this woman, she actually did die two days later of heart disease – unrelated of course to the initial visit to the morgue. Guess she got a free preview of the soon to arrive afterlife. She just experienced the nightmare of millions… to be declared dead, but not to be, you know, actually deceased. 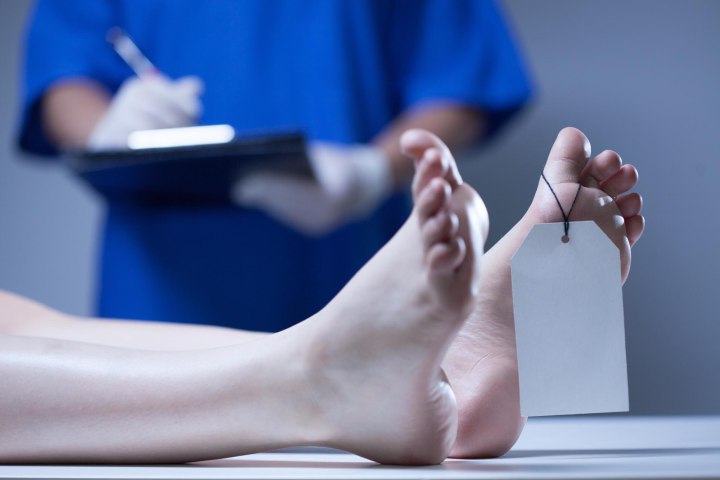 BERLIN – Prosecutors in Germany have charged a doctor with negligent bodily harm for declaring a 92-year-old woman dead, only for her to awaken again in a refrigerated room at a funeral home.

Essen prosecutor Birgit Juergens said Tuesday the 53-year-old doctor, whose name wasn’t released in line with privacy regulations, could face anything from a fine to prison time if convicted.

The doctor is alleged to have pronounced the seriously ill woman dead in March after a caregiver found her without a pulse and not breathing at a retirement home.

That evening, a worker at the funeral home where she’d been taken heard a scream from the refrigeration room and discovered the woman alive.

Juergens says she died two days later in a hospital from heart disease unrelated to the incident.

I’m not too sure they should blame the good doctor over this. Sometimes people can literally appear dead and not be. I’m sure he was as shocked as everyone else over the resurrection. The woman was very, very ill and probably had very low blood pressure. Not to excuse the doc, but I can see how it could happen. The poor woman certainly had a traumatic time of it her last days on this earth. 92 years is a good run. I just hope my exit isn’t anywhere near as dramatic as hers.