Deadly Bug Found In The South. Have You Seen This Before?

The Kissing Bug,[1] which causes Chagas disease, is now in Texas, Doctors say. This bug has been deemed “the silent killer,” due to one of the major symptoms of Chagas being sudden death. 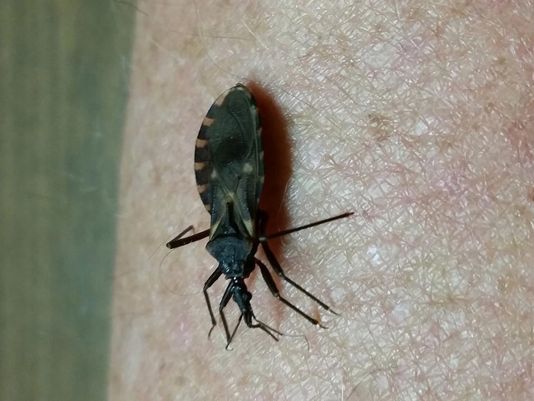 A bug with a deadly bite is in Texas. Doctors say the kissing bug is a silent killer.

“While it’s sucking your blood it defecates. In that feces is the parasite,” said Dr. Anil Mangla, the Assistant Director for the San Antonio Metropolitan Health District.

That parasite leads to Chagas disease. It finds a home in your tissue and muscles, including your heart.

Dr. Mangla said symptoms often include pain in the gut or swelling where the bug bit the person. He also said a person can go as long as twenty years before the parasite takes its toll.

“One of the major symptoms is sudden death,” Dr. Mangla said.

It can also lead to heart problems, including heart disease. Dr. Mangla said some people who are suffering from those illnesses might be able to trace it back to the bug.

The first recording of kissing bugs in Texas dates back as far as the 1800s.

Researchers found around 60 percent of the bugs in the state carry the dangerous parasite.

It was only recently that technology caught up to test for the disease. Two years ago Texas started tracking the numbers, reporting five human cases in Bexar County from 2013 to 2014.

Bill Patterson with Worldwide Pest Control says that to shut the bugs out, you need to make sure your doors, windows, and areas around your pipes are sealed. The bugs are also attracted to light.

Researchers at Texas A&M created a map with the most recent data showing 76 bugs in Bexar County, 220 in Medina County, and 134 in Comal County.

The CDC has now granted more than a half a million dollars to the UT School of Public Health in San Antonio to start a first-of-its-kind task force in Texas to educate people about the disease. That includes making sure doctors are aware the disease is here.

You can be treated if you contract Chagas disease but you have to be treated through the CDC because those medications aren’t FDA approved yet.

Educate yourself, because if it’s not already in your state, it’s entirely possible that it will be in the future.