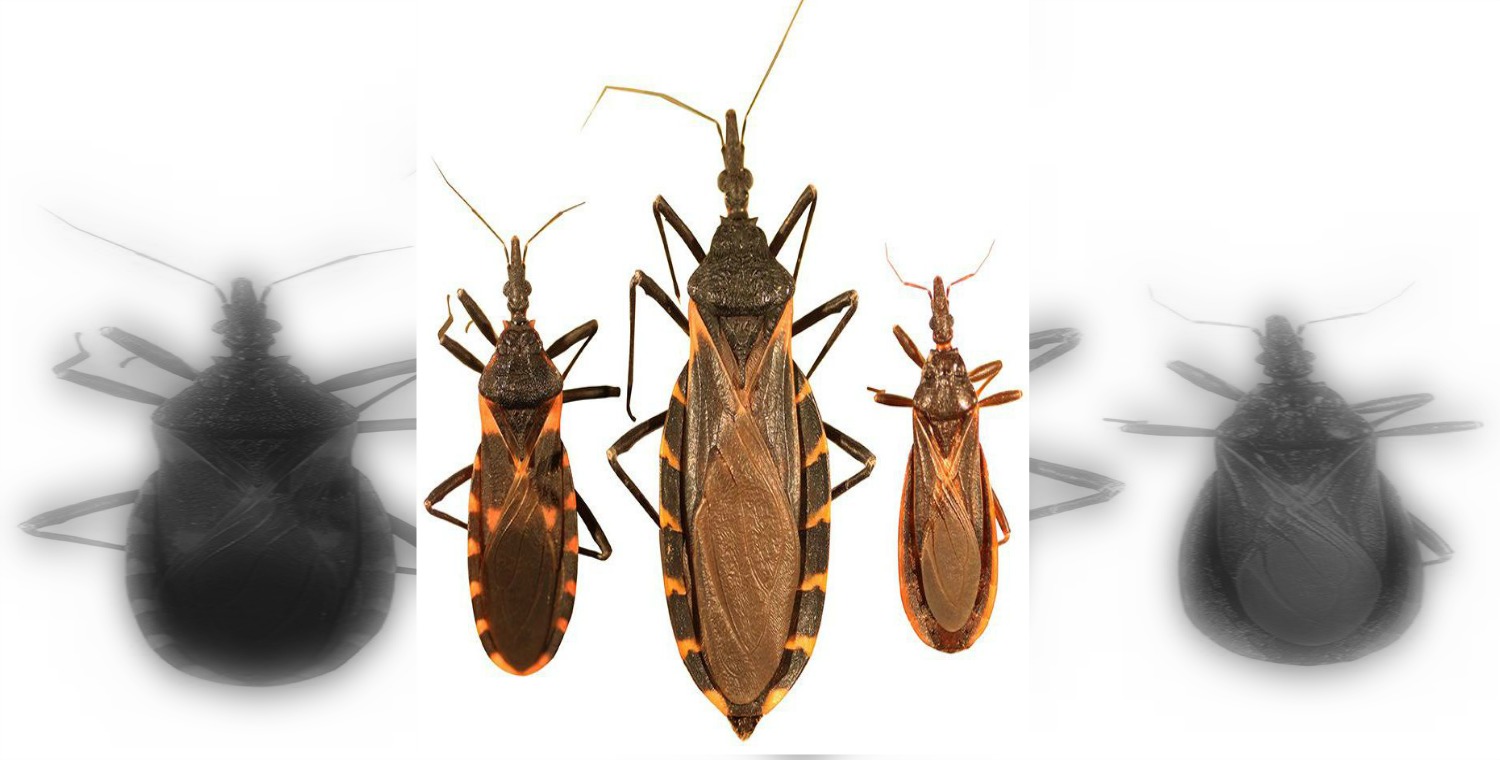 Infection with Trypanosoma cruzi can cause Chagas disease in humans, dogs, and other mammals. Kissing bugs can transmit the parasite to hosts by biting and subsequently defecating near the site of the bite. The parasites live in the digestive tract of the bugs and are shed in the bug feces. When infectious bug fecal material contaminates the mucous membranes or the site of a bug bite on a mammal, transmission of the parasite can occur. Alternately, dogs can also become infected through the consumption of infected bugs. The parasite can be transmitted congenitally, through blood transfusion, and through transplantation of infected organs. Chagas disease is endemic throughout central and South America, and is increasingly recognized as both a human and veterinary health concern in the southern United States. Chagas disease became a reportable disease in Texas in 2013.

In humans, Chagas disease manifests in two phases: acute phase and chronic phase. After becoming infected with the parasite, the acute phase can last for a few weeks or months. Some people may never develop acute disease. Acute phase Chagas disease may be difficult to diagnose because the symptoms are common for many types of sicknesses, including fever, fatigue, body aches, headache, rash, loss of appetite, diarrhea, and vomiting. Of those who are infected with the parasite, approximately 30% are at risk of developing chronic Chagas disease. Chronic Chagas disease includes cardiac complications and/or intestinal complications, and these signs may not be apparent until decades after the initial infection. Cardiac signs include enlarged heart, heart failure, altered heart rate, and/or cardiac arrest. Intestinal signs include an enlarged esophagus or colon, which can cause difficulties with digestion. Concerned individuals should discuss testing options with their physicians. Treatment of Chagas disease can be difficult, and drugs are available only through the CDC after consultation with a physician.

Wildlife and Domestic Animals-Many different wildlife species are infected with the T. cruzi parasite in nature, and can serve as a source of parasite infection to kissing bugs. Infected animals in the US include domestic dogs, non-human primates, opossums, woodrats, armadillos, coyotes, mice, raccoons, skunks, and foxes. Studies have not been conducted to determine if all these species actually suffer from disease when infected, or if they can be silent, unaffected carriers of the parasite.

In dogs, infection with the Chagas parasite can cause severe heart disease, however many infected dogs may remain asymptomatic. There is variation in the degree of complications from Chagas disease that likely relate to the age of the dog, the activity level of the dog, and the genetic strain of the parasite. Cardiac rhythm abnormalities and sudden death may occur, as well as bloat due to reduced cardiac function and inability to properly pump fluids throughout the body. The most common test for canine Chagas disease is a blood test called the indirect fluorescent antibody (IFA) test. IFA does not test for infection with the parasite, but rather tests for antibodies to the T. cruzi parasite. A positive result indicates that the dog has been exposed at some time in past. Testing for canine Chagas disease is available through the Texas Veterinary Medical Diagnostic Laboratory. Unfortunately, treatment options are not readily available, although some research teams are developing new treatment approaches that are promising. There is currently no vaccination that protects against Chagas disease for either dogs or humans. Researchers at Texas A&M University documented Chagas disease in domestic dogs throughout many counties in Texas.

This is definitely something to look out for.