‘I have genital herpes!’: Woman, 22, tells everyone she has the virus to destigmatize the common STD [Video]

I can’t decide whether this girl is brave or stupid[1]. Check that… she’s a liberal whack job. The herpes condition is not curable and it is a private condition. To go around telling everyone you have it to make it more acceptable seems silly. That will not remove the stigma – people do not want to catch it from others. While I agree it is a fairly commonplace condition, it is not something to brag about and take public. Next she’ll be chatting about her douching habits. This is just unseemly and embarrassing for all involved. 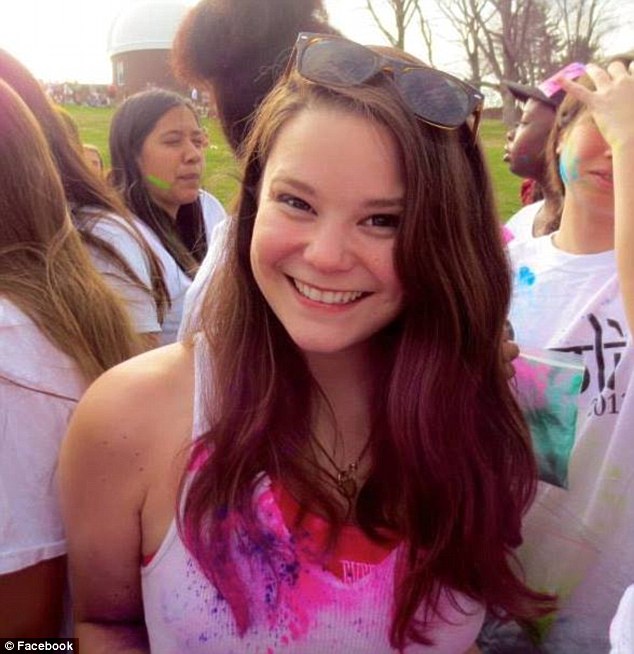 I have herpes: Ella Dawson has genital herpes and she is sharing her story so that
fewer people with the virus feel the guilt and shame that sometimes accompanies the common skin condition.

A recent college graduate diagnosed with genital herpes is stepping into the limelight in attempt to destigmatize STIs.

Ella Dawson, a recent graduate of Wesleyan University who resides in New York City, was diagnosed with herpes two years ago and says she’s been dropping the ‘herpes bomb’ about six months after she had her first outbreak.

In her essay for Women’s Health Mag[2], Dawson recalls meeting a boy at a party who offered her a sip of his beer.

‘Don’t worry,’ she remembers him saying. ‘I don’t have herpes or anything.’

His words hit a sore spot for her and she felt compelled to share her sexual health status.

‘”That’s funny,’ I said, with as warm a smile as I could manage. ‘Yeah, that’s really funny. Because I have genital herpes.’ His face crumbled. Not because I grossed him out — I could practically see the wheels turning in his brain as he realized he’d made an ignorant joke at someone else’s expense. The guy started apologizing profusely,”‘ she wrote in her essay.

Dawson said that even though herpes is often the bud of the joke in popular culture, it’s a real issue affecting at least one in six Americans.

Dawson said that she felt empowered after telling someone she had herpes because it humanized the STI in a way that made it less of a stigma.

‘I had seen in the flesh what a simple “I have herpes” could do when said fearlessly, without shame,’ she wrote.

‘Because when a real person — a woman you know and respect — casually mentions having herpes, it stops being a punchline and starts being someone’s reality.’

According to the CDC about 17 per cent of people ages 14-19 have genital herpes caused by HSV2.

That percentage is only of people who choose to get tested and the actual number of people who have the virus is likely much higher.

Even having sex with a condom does not protect someone from the highly contagious virus that only needs skin to skin contact to spread, even if there are no sores present.

The Washington Post[3] reports that according to an advocacy group called Project Accept Herpes didn’t become a stigma until after the 1970s.

‘[Herpes] was merely a cold sore in an unusual place until the 1970s,’ the group says on their web site.

Dr. Peter Anthony Leone, medical director of the North Carolina HIV/STD Prevention and Control Branch told The Washington Post that the stigmatization of the virus was fueled by conservatives after the ‘free love era.’

‘Herpes was seen as this marker of being promiscuous or bad or evil,’ he said.

‘But unless you’re in a mutually monogamous relationship with someone who has never had sex, you’re at risk.’

Leone said that the sex scare campaign was both emotionally traumatizing and also gave false information about the virus.

Not having the condition, I do not know how this girl feels. However, blaming the stigma on conservatives is ridiculous. And I might point out that if you are virtuous, this isn’t a problem for you. I guess that is not politically correct, but there it is. Liberals try to make sex out as something as common as breathing, but it shouldn’t be. It is meant to be between a husband and a wife for procreation and intimacy. It is not meant to be an extracurricular activity or something as easy as getting takeout. Ella Dawson, after taking her condition worldwide, has received several emails on it. Several. It would seem that though Ms. Dawson, the CDC and NHS are loud and proud about genital herpes… no one else is that much into it.