Illinois is not just the state that gave us our illustrious president. It’s also the state where the dead can rise. This clearly explains why Medicaid paid $12 million worth of medical services for people listed as deceased. 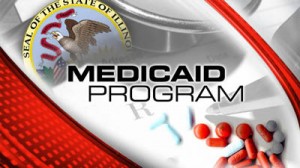 The Illinois Medicaid program paid an estimated $12 million for medical services for people listed as deceased in other state records, according to an internal state government memo.

The memo dated Friday, which The Associated Press obtained through a Freedom of Information Act request, says the state auditor compared clients enrolled in the Medicaid database last June with state death records dating back to 1970. Auditors identified overpayments for services to roughly 2,900 people after the date of their deaths.

The heads of the departments of Healthcare and Family Services and Human Services, the two state agencies involved with Medicaid payments, outline steps to fix the problem in the memo to their senior staffs.

Sure, let’s trust the agencies who messed up in the first place to fix it. Makes sense. But is it really that big of a problem, considering that the dead still vote in Illinois, too?