The only time[1] I’ve ever used baby powder was on my children when they were in diapers and not even much then. Good thing too… I had no idea it causes cancer. Johnson & Johnson was just ordered to pay $417 million in damages to Eva Echeverria from Los Angeles. She used their baby powder for feminine hygiene from the 1950’s through 2016. It gave her ovarian cancer. It’s the largest settlement of its kind in history and the company is being barraged with other lawsuits[2] as well currently.

The victim claimed that Johnson & Johnson did not adequately warn people of the dangers of using the product. I don’t remember any warnings on using baby powder either. What I don’t get is the timing here. She was diagnosed with ovarian cancer in 2007, but kept using the product through 2016. They must have just discovered that it was the culprit in her cancer, thus the large settlement. 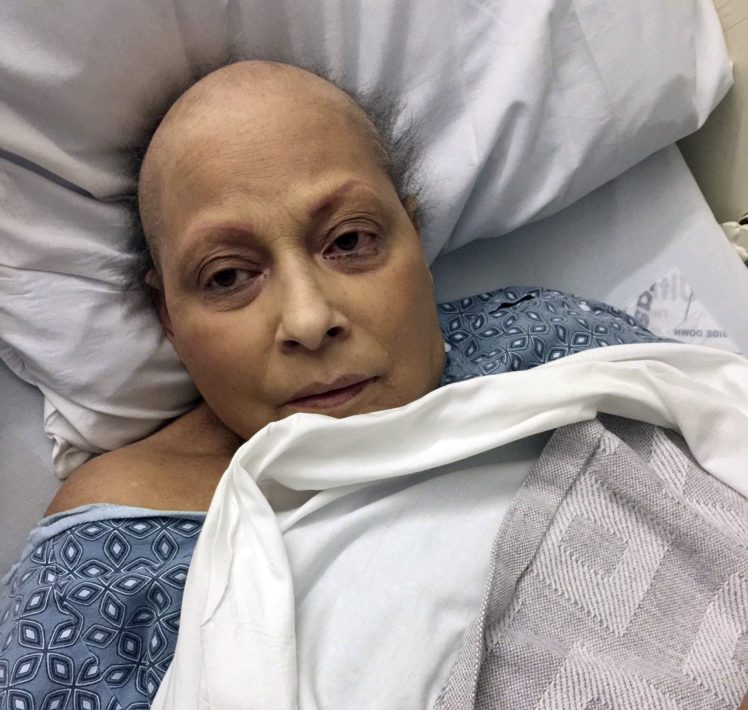 Johnson & Johnson have been ordered to pay $417million (£324million) after the company’s iconic baby powder was found to cause ovarian cancer when used for feminine hygiene.

The case was brought forward by Eva Echeverria from Los Angeles and is the largest sum awarded in a series of verdicts against the company in the US.

She used the company’s baby powder on a daily basis beginning in the 1950s until 2016 and was diagnosed with ovarian cancer in 2007, according to court papers.

Echeverria developed ovarian cancer as a ‘proximate result of the unreasonably dangerous and defective nature of talcum powder,’ she said in her lawsuit.

Echeverria’s attorney, Mark Robinson, said his client is undergoing cancer treatment while hospitalized and told him she hoped the verdict would lead Johnson & Johnson to put additional warnings on its products.

Echeverria is said to have developed ovarian cancer as a “proximate result of the unreasonably dangerous and defective nature of talcum powder,” she said in her lawsuit. I wonder how they determined that? I wonder how many other lawsuits of this product are now lining up in court. She is undergoing cancer treatment while hospitalized and she hopes the verdict will lead Johnson & Johnson to put additional warnings on its products. If that product is that dangerous, it should be removed from the market period.

Echeverria is dying from her ovarian cancer. There will be no reprieve for her, but she wants to make sure other women don’t suffer her fate after using baby powder for 20 or 30 years. The jury’s award included $68 million in compensatory damages and $340 million in punitive damages. The evidence in the case included internal documents from several decades that showed the jury that Johnson & Johnson knew about the risks of talc and ovarian cancer. However, Johnson and Johnson will appeal the ruling as they claim it is untrue and scientific findings show that their baby powder is safe.

This verdict comes on the heels of one in St. Louis where $110.5 million was awarded to a woman there who was diagnosed with ovarian cancer in 2012. She had used the product for more than 40 years. Three other trials in St. Louis had similar verdicts last year with damages of $72 million, $70.1 million and $55 million respectively. There are pending cases as well in St. Louis for a Tennessee woman and two cases in New Jersey. Those last two were thrown out because of insufficient evidence. There are now more than 1,000 other people filing similar lawsuits over the baby powder. Johnson & Johnson intends to fight and appeal each case.