Some people want to give Kathleen Sebelius a break for refusing to waive a bureaucratic rule that insured 10 year old Sarah Murnaghan couldn’t get the lung transplant she needed to live. In effect, by refusing to waive the rule, Sebelius was dooming a 10 year old girl to death even though her doctors thought she had a decent shot to survive the transplant. 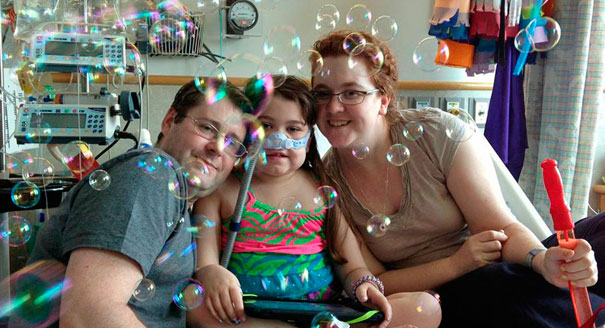 First of all, not only is that wrong, it’s one of the big problems with Obamacare. Politicians in D.C. shouldn’t have the authority to make life and death decisions.

However, the fact that Sebelius refused to waive the rule was even worse when you consider what we all know is true.

So why couldn’t Sarah Murnaghan’s parents get the rule waived? Because they were little people who didn’t have money, connections, or ties to the Democrat Party.

That’s not just, it’s wrong and now a judge has stepped in[2].

A federal judge on Wednesday ordered HHS Secretary Kathleen Sebelius to allow 10-year-old Sarah Murnaghan to be moved to the adult lung transplant list, giving her a better chance of receiving a potentially life-saving transplant.

The quick and unusual ruling, made after a hastily scheduled emergency hearing, follows a campaign by the family and some members of Congress to pressure the Obama administration to change a federal policy that puts children under age 12 at the bottom of the list of those who can receive donated adult lungs.

Murnaghan has cystic fibrosis and her doctors have said she may only live a few weeks without the transplant. She has been on the waiting list for pediatric donors for 18 months, but they are more rare and her condition is worsening. There’s no guarantee that even with the judge’s ruling, a suitable donor will become available in time, but her odds would be better.

The case played out amid growing controversy with Sebelius in the spotlight. Several right-wing blogs and commentators depicted her as a one-woman “death panel.” The child’s mother said Sebelius was choosing to let children die.

U.S. District Judge Michael Baylson wrote in a temporary restraining order that by refusing to set aside the existing rule for children, Sebelius had failed “to protect the very few children nationally who are subject to it.” He added that the evidence showed that the rule “discriminates against children and serves no purpose, is arbitrary, capricious and an abuse of discretion.” Baylson, a George W. Bush appointee, scheduled a hearing for June 14.

The real fix for this long term is to make organ donation “opt out” in the United States, instead of “opt in.” That one little change, which would hurt no one, would probably quadruple the number of usable organs donated. That would save millions of lives.

In the interim, Kathleen Sebelius’s death sentence is being repealed and this little girl now at least has a chance to live. That’s a good thing.