The United Kingdom presents us with yet another misadventure in socialized medicine:

A woman died after doctors placed a heart valve upside down during surgery. Sheila Hynes was being treated at the Freeman Hospital in Newcastle upon Tyne.

The 71-year-old great-grandmother suffered severe internal bleeding during the operation, which caused major damage to her heart. The procedure was led by Asif Raza Shah.

Lots of doctors in the U.K. have names like Asif Raza Shah. This is largely because socialized medicine discourages native Britons from pursuing medicine, a very demanding field that is relatively unremunerative where Big Government has seized control of the healthcare sector. Consequently, doctors and medical students are often of foreign background, sometimes directly imported from abroad, often from the Middle East. That’s why you read about doctors trying to blow up airports.

Newcastle Upon Tyne Hospitals NHS Foundation Trust confirmed that the mistake had caused Hynes’ death and that Shah still works at the Freeman.

Accountability is not a feature of socialized medicine. See the Veterans Administration for further examples.

Just as the goal of socialism is communism, the goal of ObamaCare is socialized medicine, after it has caused the healthcare insurance industry to collapse. Too bad Republicans are not seizing on this opportunity to repeal it, instead of locking it in place by “repealing and replacing” it. 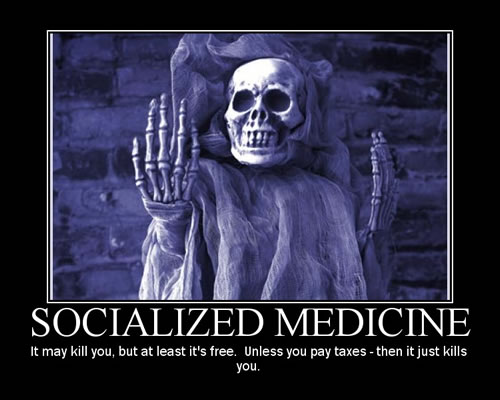