Little Isaiah was born a fine and healthy little boy.[1] At 3 months-old, that all changed. He got a rash around a cut on his cheek that his mom has now deduced was probably caused by the Ibuprofen she was taking after the C-section in the hospital, which was then passed to her son through her breast milk. The doctors diagnosed him with eczema and prescribed topical steroids. It got massively worse… to the point that the baby’s skin looked like it was melting. That went on for a year. The mother finally stumbled on a forum that said that type of reaction could come from steroid withdrawals. She took her son off the steroids and used a combination of lemongrass and zinc to put on his rash under gauze. Within 10 months, he was totally healed. The steroids were killing him. 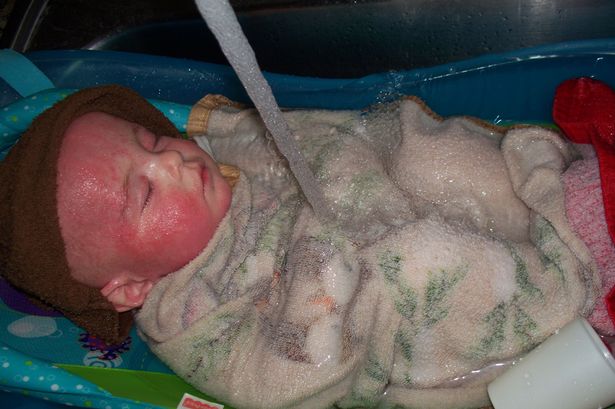 A mother whose son spent the first year of his life with a mysterious burn-like rash on his skin was shocked to discover just what was causing it to last as long as it did.

Stephanie Smith, of Atlanta, Georgia, said her son, Isaiah, began suffering flares of a red rash on his skin at just 3 months old. Though it started as a rash around a cut on his cheek, the condition quickly worsened to a red, raw rash that would occur whenever anyone wearing perfume or clothes with fabric softener came in close contact.

Doctors determined it to be eczema and prescribed a low dose of over-the-counter steroids.

“His skin cleared up but a week later it came back, so we applied more,” Smith said. “This went on in a cycle over two months. Then his hair started to fall out. He became sick and lethargic. But all the doctors I took him to just said it was eczema. They told me to stop breastfeeding him as the milk protein could make it worse.”

Isaiah was taken to the hospital, with his skin red, raw and burning. Doctors injected him with liquid steroids and the rash cleared for a short time, but 48 hours later returned worse than it was before. His skin was now blood-red and oozing, covered in lesions.

“We couldn’t even hold him,” Smith said.

“Every time our skin touched his, it would blister and ooze like crazy,” she said. “I couldn’t even touch my cheek to his. We couldn’t use towels, because they were too rough on his skin. Instead we used thin cotton sheets. He was most comfortable in his bathtub, the water pouring over him in the sink. But he was still in pain. He would wail, and I would cry along. People asked what we had done to our baby. They asked, ‘has he been in a fire?’ He looked like he had third degree burns. I once heard a nurse say, ‘you have got to come and see this kid.’”

The family ultimately became reclusive, spending most of the year indoors and not allowing their son to come in contact with much of the outside world.

At Isaiah’s worst, his mother began doing research and ultimately stumbled upon a forum about steroid withdrawal.

“It was all about the side-effects of topical steroids, and how skin conditions can get worse when you stop using them,” she said. “I scrolled through picture after picture of children with skin like Isaiah. Red raw skin, flaking off and oozing.”

Smith immediately ceased applying steroids to Isaiah to treat the rash, and through research began applying a blend of lemongrass and zinc under gauze.

“As time went on we saw patches of clear skin,” she said. “Isaiah would walk to the kitchen island, where I kept the balm, point at the jar and point to his face. It clearly soothed him. I took about 50 photos a day to see the progress, because it could change moment to moment.”

“We still don’t know for sure what caused the original contact dermatitis,” his mother said. “But looking back, because of severe medical allergies in my family history, I think it might have been a reaction to medication. I had a C-section and was given Ibuprofen afterwards, and I believe that was passed on through my breast milk. We saw 35 doctors altogether. They all said it was eczema. I want to show them all the photos showing how Isaiah’s skin cleared up.”

The relieved mother said her son no longer has reactions to perfumes, and that his life has returned to normal.

“He is like any other toddler,” she said. “He chatters away, runs everywhere and is into everything. He helps me around the house. He’s so sweet spirited. We lost the first year of his life. I wasn’t able to kiss him or hold him. Now we squeeze him all the time. He is a squeezable little guy.”

I can relate. After I had my children, doctors diagnosed me with asthma and put me on steroids. It kept getting worse. I finally took myself off them even though they warned that could be life threatening. I got better. They had misdiagnosed me. I had an allergy to mold in the ground, not asthma and the steroids were killing me. So I totally understand what this family went through. Isaiah is now fine and totally healthy. He is adorable and plays just like any other toddler. It is awful they lost the first year of his life to this situation. I’ll bet the doctors still won’t admit they were wrong. I’m just glad the mom figured it out and all is well. Mother knows best. 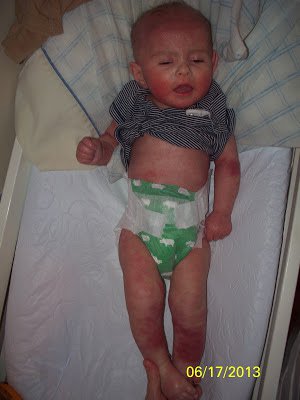 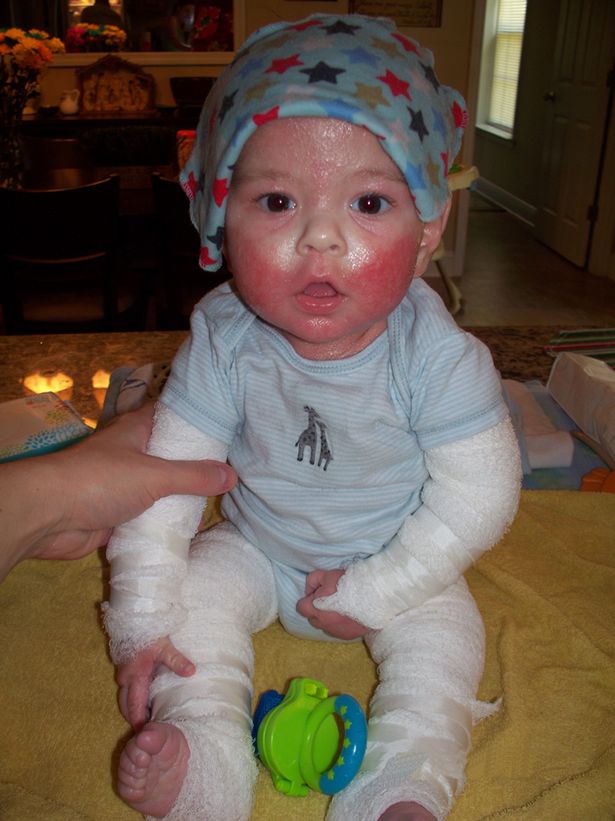 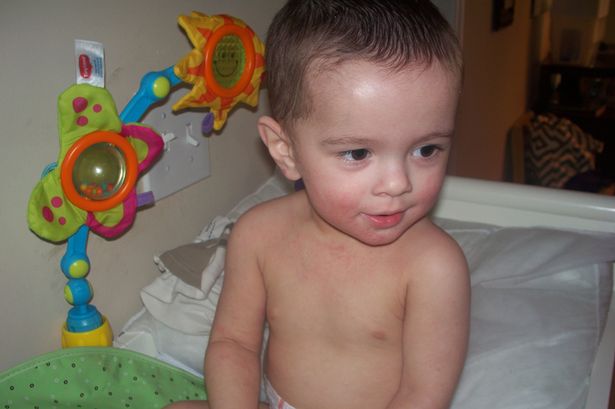