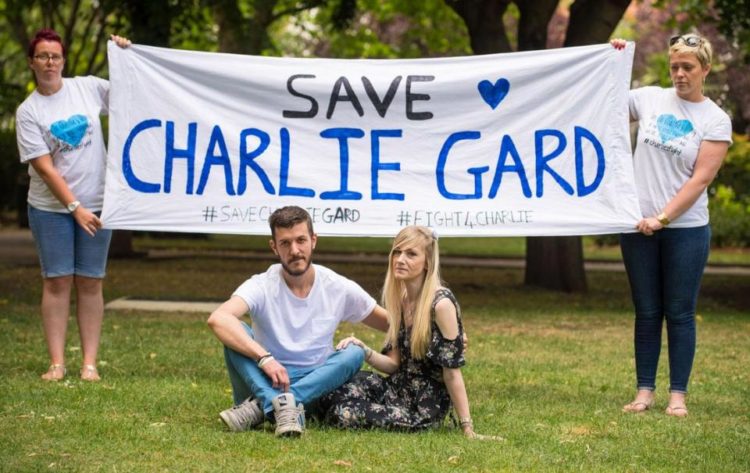 In ten days, we will hear the final word on baby Charlie Gard, whose British parents are hoping for him to receive medical treatment in the United Sates.

Charlie Gard was born on August 4, 2016 with a genetic condition, mitochondrial DNA depletion syndrome, and his doctors provided through the National Health Service (NHS) have recommended palliative care because they are unable to provide him with the experimental treatment that would save his life. Through a long process, Charlie’s medical decisions have been made by different court systems, not necessarily his parents or doctors. Right now his parents are pushing to have their son released back to them so they can take him to America for the treatment they believe will save his life. So far, his parents Chris Gard and Connie Yates have raised over 1.2 million pounds in an online campaign intended to go toward this medical expenses.

The Editor-in-Chief for Breitbart London has published a short video explaining what’s going on:

Even Trump himself tweeted in support of the movement to save the child’s life:

If we can help little #CharlieGard[2], as per our friends in the U.K. and the Pope, we would be delighted to do so.

And now it’s possible that he will be able to be treated at the Division of Neuromuscular Disorders at Columbia University in New York, if the department head, Professor Michio Hirano, is able to examine the child and determine eligibility.

As reported in Breitbart[7]:

Professor Hirano, who contacted the Great Ormond Street Children’s Hospital at the request of President Donald Trump’s team in the White House, believes that a pioneering experimental therapy which he has used to treat children with conditions similar to Charlie’s, stands “small but significant” of improving his brain function.

He will fly into London and personally examine Charlie on June 17th and June 18th, after a request from High Court judge Mr Justice Francis, as there is some dispute between Professor Hirano and doctors at Great Ormond Street, who believe Charlie has suffered irreversible brain damage and should “die with dignity”.

The examination is coming up soon and now it’s time for us to wait to hear word on whether Charlie can be helped.