It’s official. All the supplements you’ve been taking are now going to be able to cure cancer. Well, at least it did for this lady. A woman who had blood cancer has reportedly eradicated the disease with turmeric supplements. 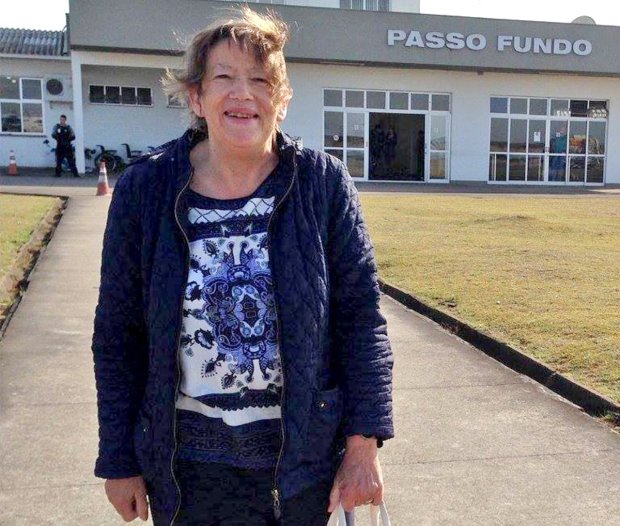 Dieneke Ferguson is the woman in question that is now leading a normal life after giving up on conventional, Western medicine and turned to what was previously known as “crockery.”

Doctors say her case is the first recorded instance in which something like this has ever happened. They are as shocked as you are apparently that anything like this was possible. Who knew that spending billions of dollars on a cure was this fruitless because you had the cure right in front of you? It’s probably big pharma’s fault right? They can’t charge you for expensive rounds of chemotherapy if all you have to do is eat some ground up plant.

Mrs. Ferguson underwent three rounds of chemotherapy and four stem cell transplants, but at her advanced age she gave up on the battle to stop the cancer conventionally and began taking 8 g of curcumin a day, the main compound of turmeric. The type of cancer which she had has a survival rate of around five years which she has outlived. Her condition was causing increasing bouts of back pain in her second relapse.

Doctors say Dieneke Ferguson's case is the first recorded instance in which a patient has … https://t.co/dpKvdYNIt5[2] via @MailOnline[3]

But the cancer seemed to stabilize after Mrs. Ferguson stumbled across the miracle cure on the Internet and decided to give it one last Hail Mary. The supplements she took were expensive, around 50 English pounds for a ten day supply. The North London resident took the processed version of curcumin as it would be impossible to consume enough turmeric to get the same dose necessary. She continues to take it and doctors are shocked to report that her cancer cell count is negligible.

Her doctors, from Barts Health NHS Trust in London, published in the British Medical Journal Case Reports: “To the best of our knowledge, this is the first report in which curcumin has demonstrated an objective response in progressive disease in the absence of conventional treatment.”

The experts, including Dr. Abbas Zaidi, said “few, if any [patients], use dietary supplementation as an alternative to standard antimyeloma therapy.” But, they added, “In the absence of further antimyeloma treatment the patient plateaued and has remained stable for the past five years with good quality of life.”

Plenty of studies have shown that curcumin could protect against some cancers and other illnesses, but this case study has given doctors plenty to think about. It has never been tested in a large-scale trial however, so there is some reluctance among doctors to opine about the case.

Professor Jamie Cavenagh, one of the authors of the paper, said it may not work well for every patient. “A lot of my patients take curcumin at different stages of their treatment. I don’t object to it. Dieneke’s is the best response I have observed and it is clear-cut because we had stopped all other treatment.”