Audra Daniloff, only 17, faced death not long ago. She was only given a 20% chance of surviving HLH — a condition where the immune system becomes overstimulated, damaging a patient’s tissues and organs, including the bone marrow, liver and brain. But she fought and has won that battle for now. So, her dad decided to surprise her with tickets to her favorite band Timeflies, with a little conspiratorial help from Saukville Police Chief, Jeffrey Goetz. Goetz pulled her over for a ticket, but not the normal kind. The kind that flies you to New York to hang with your favorite band – Merry Christmas from a terrific dad.[1] 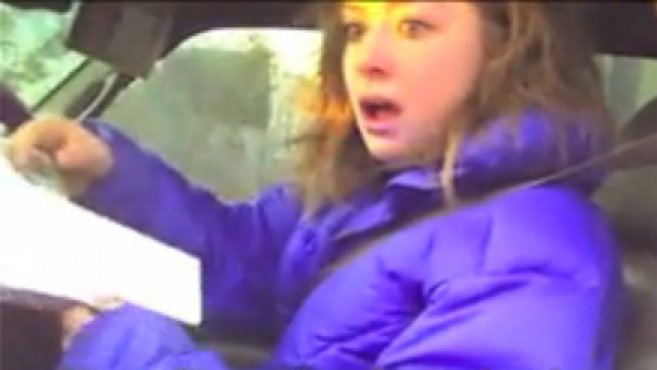 A Wisconsin teen suffering from a life-threatening condition got a Christmas surprise from her father when she was pulled over by a police officer who presented her with two tickets, Fox 6 Now reported.

Audra Daniloff, 17, was pulled over on November 21 by an officer who told her she had rolled through a stop sign – but it was all a set-up by Audra’s dad, Marc.

“I got some good news and some bad news for you, okay?” said Saukville Police Chief, Jeffrey Goetz during the stop. “The bad news, first I am giving you two tickets. But they are not the type of tickets you think. One is a plane ticket to New York. The other is a concert ticket for your favorite band.”

Last year, Audra was diagnosed with hemophagocytic lymphohistiocytosis, or HLH — a condition where the immune system becomes overstimulated, damaging a patient’s tissues and organs, including the bone marrow, liver and brain.

Audra spent 58 days in Children’s Hospital of Wisconsin, where doctors gave her a 20 percent chance of survival, her father recalled. Since then, she has been in and out of the hospital for infusion treatments numerous times.

“I completely blindsided her thanks to the wonderful help of the Saukville Police Department,” Marc told the news station.
Goetz said the stunt meant a lot to the department as well.

“I thought it was a great idea. [Marc] had given me a little back story on what his daughter had been through, and thought that this concert would make her day if she got to go to New York — and we were happy to be a part of that,” said Goetz.

Audra was able to travel to New York and meet members of the band Timeflies. She plans to attend college next year and hopes to become a child life specialist.

A surprise of a lifetime after a very tough year. Tears turned to disbelief, surprise, shock and joy over being pulled over. The kindness of the police here is moving and the whole event really touches your heart. Blindsided by dad, it was something Audra had dreamed of. She’s getting well and stronger… and she will never forget what her dad did for her that day. Audra will go on to college and she will live a full life where there are more wonderful surprises ahead for her. But the very best one, will always be from her dad. I can still see him chuckling over his little surprise.