After Watching His Mother Suffer Through Breast Cancer, Teenage Son Invents Miracle Device To Save MILLIONS

This amazing teenage boy has invented a bra that could provide millions of women around the world with an early warning of breast cancer. His invention uses technology that has biosensors to measure temperature and when signs show positive the bra alerts the wearer to any worrying changes.

This kids is but a boy, a young entrepreneur who was inspired to create this bra after he had to witness his mother enduring pain dying from cancer when he was 13 years-old. [1]

Now, under his belt he has an invention that could potentially save the lives of millions of women in his mother’s name. 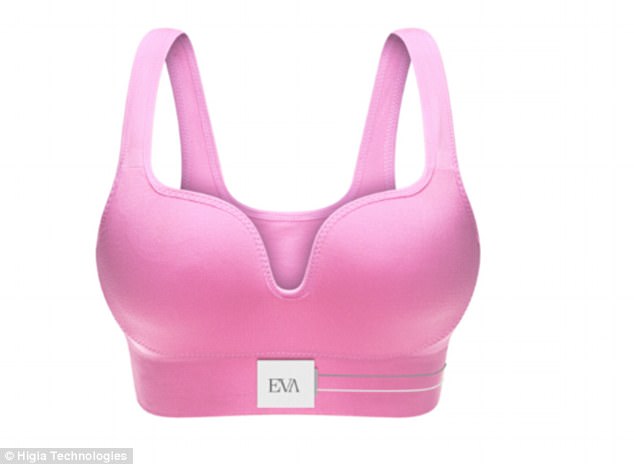 His name is Julian Rios Cantu and now he is 18 years-old, he and his three friends were the brains that developed the EVA bra which is equipped with over 200 biosensors that monitor the temperature, shape and weight of a woman’s breasts.

Information is logged into an application which will then forward information to the wearer to let them know if there are changes that should concern them.

The bra only needs to be worn for 60 to 90 minutes a week. The boy’s company, Higia Technologies, won the Global Student Entrepreneur in April, and their ‘auto exploration bra’ is now only in its prototype stage. However, now because of the the competition they won, they now have $20,000 to develop it further.

The company’s promise is that they are ‘devoted to boosting women’s quality of life by attaining a professionalization of the self exploration method for the early and effective detection of breast cancer.’

In June last year, Mr. Rios Cantu tweeted ‘In my hands you see the first prototype of the Higia Technologies auto-exploration bra’. 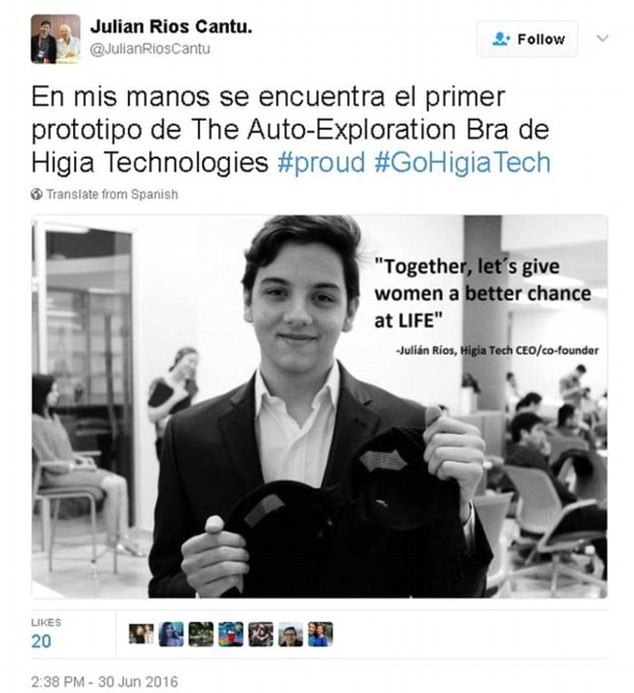 It was five years ago that Mr. Rios Cantu’s mother discovered she had lumps, but was told they were not malignant. However, sadly, six months later she was informed that they were in fact cancerous.

Both breasts were removed and it was when this happened that Mr. Rios Cantu was inspired to find a device which could detect cancer for women earlier.

‘At present, there is no evidence to show whether this bra is a reliable way to detect tumours, and it’s certainly not a good idea for women to use technology that hasn’t been tested in good-quality scientific trials’, Anna Perman from Cancer Research UK told BBC.

‘It’s great to see young people like Julian getting into science and having ideas that could help with cancer diagnosis’, she said.

In John Hawkins’ new book, ‘101 Things All Young Adults Should Know’, he teaches in number 85 of the book “You are not a victim.”

I’d say this kid knows exactly what that means and is setting the example for millions that when bad things happen, you don’t have to let it crush you…when it can polish you. 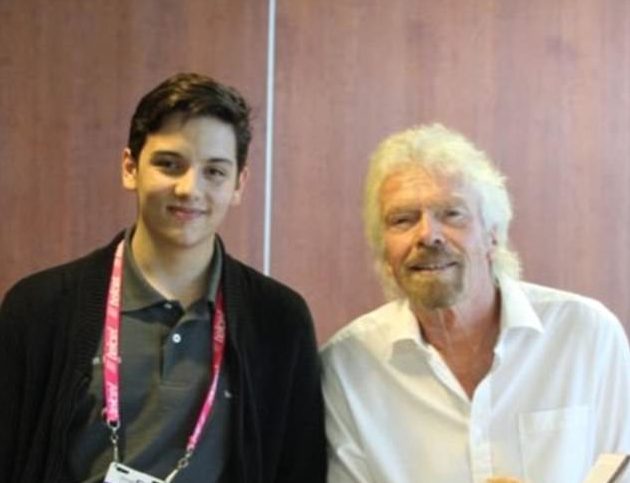