If you have, or known anyone that suffers from psoriasis, it can be a total nightmare. But now one woman who has been dealing with the effects of psoriasis and eczema for over twenty years, as was even told by a medical professional that her case was so bad that the only thing that would help her would be chemotherapy, has now found the secret to ridding yourself of the unsightly and highly uncomfortable skin ailment. 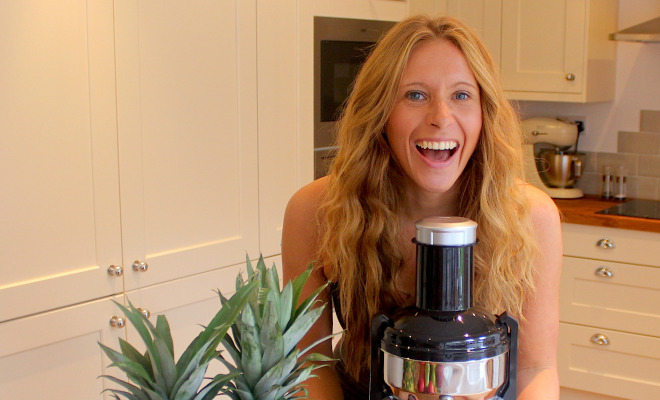 According to Hanna Sillitoe, the woman who found the cure, her experience with psoriasis was so intense and painful, that she had no choice but to travel outside wrapped all up in plastic wrap because of the intensity of the pain when her raw red skin would touch her clothing and rub up against it.

She claims that nothing would help her condition and she had exhausted all of her efforts trying ‘every cream under the sun’. She had had more than her share of failures when trying to find some kind of relief. When she was about to give up hope of finding anything that would help, the 38 year-old from England started to look into diet as the key cause and more specifically, an anti-inflammatory diet that she would custom build.

This meant that foods that would normally be safe to eat and partake of would have to be cut out of her life, altogether. For her that meant caffeine, alcohol, dairy and of course the big ones – sugar and wheat. What Hanna found out by this trial was that her heavily scaly and flaky skin cleared up as soon as the bad foods were out of her system and because of the cutting out of certain foods, she also had the added benefit of losing 68 lbs on top of it.

Just from that change, she claims her ‘whole health has been boosted’.

Her new found miracle cure for psoriasis had to be shared and so she started up a blog and wrote a book about her discoveries. So far, over 5,000 copies of the book have been sold this year.

If you don’t have this immune disease, you don’t understand just how horrible it is to live with. I discovered that I had a mild form of it and I myself had tried EVERYTHING to get my skin back to what it had been. Having it all over your face is not only itchy and painful, it’s plain embarrassing and a strike on your self-esteem.

It wasn’t until I cut our grains and dairy, that it cleared up in only a few days. Nothing previously had helped except a change in the diet. Hanna has discovered a cure that is sure to bring hope back for those who have lost it.