Only 50 people arrived to hear Tim Kaine in Miami

Looks like Florida[1] is just not that into Hillary Clinton and Tim Kaine. Kaine showed up in a pickup and jeans, trying to relate to the ‘common man’ out there. I hate to break it to them, but that strategy is failing fantastically.

Fewer than 50 people showed in Miami to hear Tim Kaine speak. Thousands are showing up for Donald Trump and Mike Pence. So many in fact, they have to turn away thousands. Hillary Clinton has said she won’t campaign further before the election except for the final debate. That’s not a winning strategy if you ask me and I’ve been in politics now for over two decades. It makes absolutely no sense when a race is this close for someone to be that sure of themselves. It has the feel of corruption all about it. 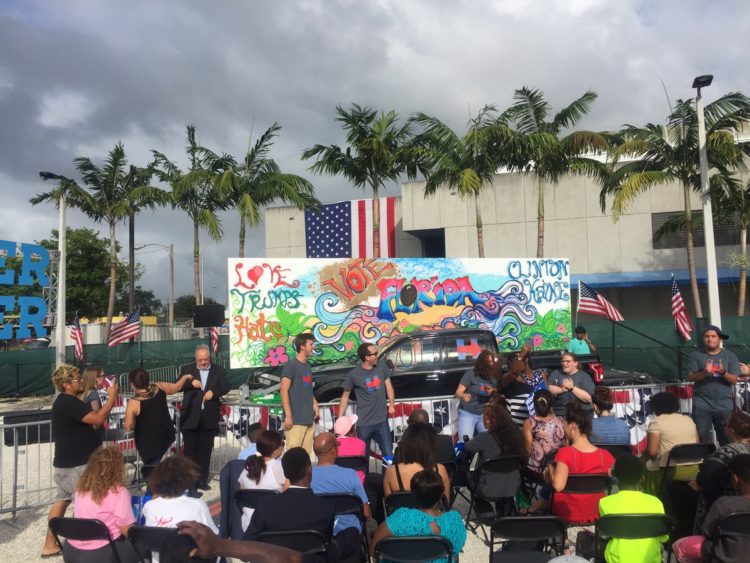 The rally was so small he spoke from the bed of a pickup truck.

Because Hillary and Tim Kaine and all the Wall Street money are average folks just like you.

There were estimates that 50 people showed up.

You be the judge…

Kaine spoke from the bed of his pickup sporting shades with a rapper in attendance. Is that supposed to make him look cool? I’ve always thought that Time Kaine looked like a clown minus the pancake makeup, the floppy shoes and the red bulbous nose.

I’m not a Trump supporter, but I’ve gotta say it looks to me like the people have spoken and they want Trump. Hillary can’t fill a room, yet she’s winning the electoral college. Something seems very amiss there and has the ingredients of a revolt in the mix.

Tim Kaine is by no means a charismatic figure or speaker. But you would think he would draw more than 50 souls to listen to his pandering platitudes. Oh well… I simply cannot wait for all of this to be over and done with so we know which way we are turning here. What am I saying? Either candidate will take us right off a cliff, so that direction is down, down, down. Sigh.

America no longer looks like the bastion of freedom I knew growing up. Now we elect criminals of one sort or the other. This election is the culmination of that sentiment. We live in interesting times… that old Chinese curse has never been more appropriate than now. 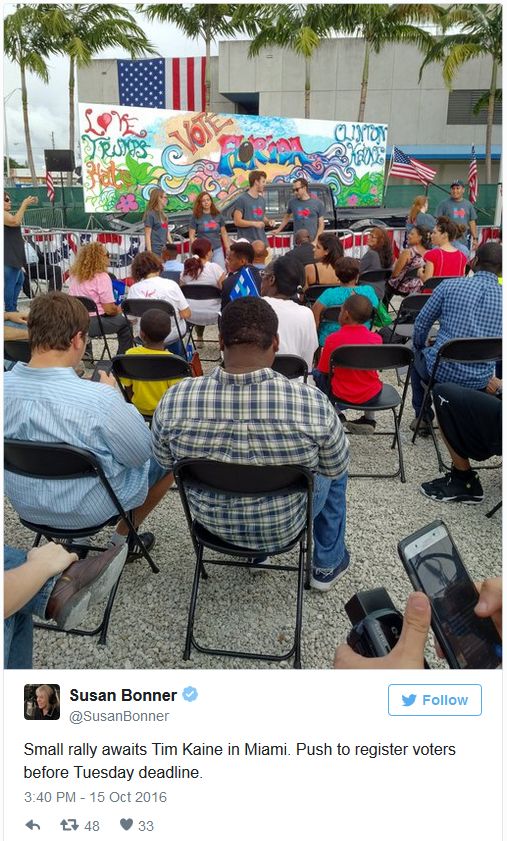 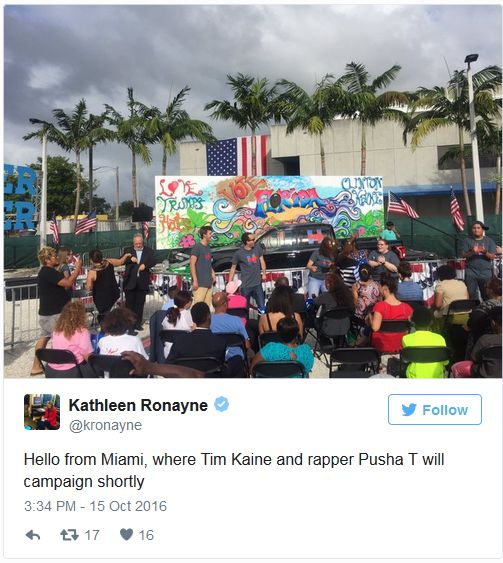 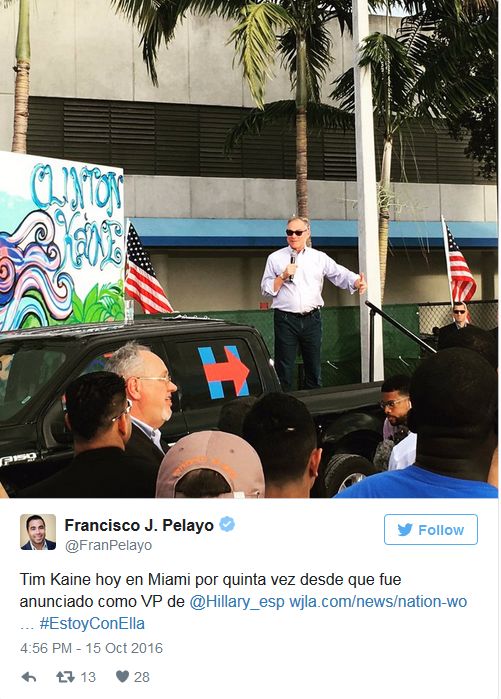