I can’t stand Al Sharpton.[1] He’s a corrupt race baiter, who lacks a soul and any ethics whatsoever. But even Sharpton understands why Hillary Clinton lost the election last November to Donald Trump… and he’s just bluntly stated it for BuzzFeed. What he says makes a lot of logical sense. Sharpton says that Clinton lost because she ignored her base of supporters. She wouldn’t even meet with black leaders. If she had worked with black communities and mobilized their leaders, she would have won states she lost by a narrow margin and would probably be President today. Shudder… cringe. Thank God for divine providence.

Donald Trump won because he went and talked and worked with blue collar workers. He appealed to the Forgotten Man… the working man. Hillary Clinton couldn’t be bothered and being an elitist snob cost her the election. She felt that simply being a Democrat and being Hillary Clinton would get her elected. It was owed to her. That’s not the way it works. Bill Clinton was adored by the left and that is why he was elected… twice. Obama was adored in a different way by the left and was elected twice. Hillary was hated by both sides and is still sniveling over predictably losing. 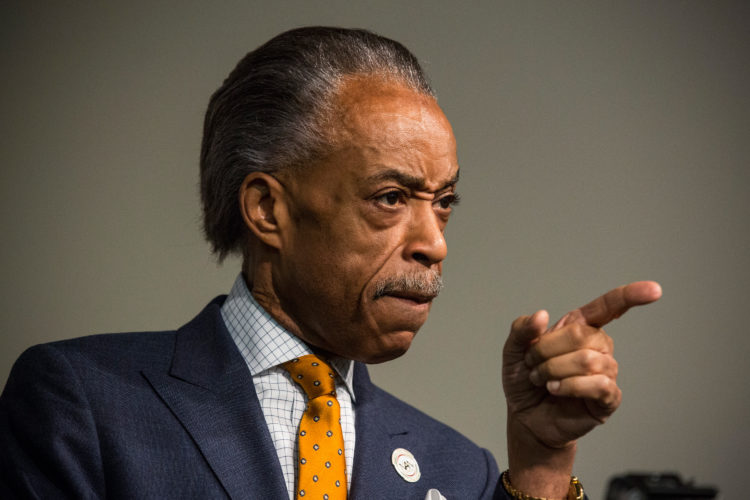 More than six months after Hillary Clinton lost to Donald Trump in last year’s presidential election, people are still explaining why she lost. Political commentator Al Sharpton is the latest to give it a go.

Sharpton explained in a recent podcast[3] with BuzzFeed editor-in-chief Ben Smith that Clinton lost to Trump because she took her political base for “granted” and didn’t work for the votes of grassroots progressives who awarded Barack Obama two successful presidential contests.

But according to Sharpton, if Clinton would have worked to earn the vote and “mobilize” the black communities and other minority groups in those states, then she would likely be president today — not Trump.

“Her mistake was she did not mobilize in the black community,” Sharpton told Smith.

Sharpton explained that during the Democratic National Convention in Philadelphia last year, he invited Clinton to a gathering of black leaders, but she declined to attend — a decision that Sharpton said led to her November loss.

“We had one of the biggest gatherings of black ministers and all at the convention in Philadelphia. Right? They’re all there, Marc Morial is there from the Urban League, the head of the NAACP is there,” Sharpton recalled. “How do you not have Mrs. Clinton come by?” he asked. “These are the people that get your vote out — that’s your base. You lost Michigan by what, 15, 20,000 votes? You could have got that if you mobilized two housing projects or three churches.” Hillary “never touched them,” Sharpton charged. Can you imagine how offended the black community must have been? What kind of moron does that during an election? The Hildabeast, that’s who.

Sharpton also astutely pointed out that there were two ways Clinton could have won. She could have done what Donald Trump did and go for the blue collar vote. Or, she could have embraced Barack Obama’s base, which is the new more leftist Democratic Party. She did neither and no one is surprised that she lost because of it. No one, but her. Clinton had the lowest turn out among black voters for the Democratic Party in decades. Give Sharpton credit here… he warned both Clinton and Sanders that they would have to earn the black vote if they wanted to be President. He was right.