Ann Coulter: Here’s How Hillary Could Still Be Prosecuted

There is quite a buzz going on right now regarding a recent revelation from Donald Trump. Before I share my own opinion, we should probably catch a glimpse at what is happening out there first.

@AnnCoulter[1] @realDonaldTrump[2] @washingtonpost[3] We got another DC mouthpiece.. that didn't take long at all..Putting algae back into the swamp

Following Tuesday’s report that President-elect, Donald Trump, does in fact ‘NOT’[5] hope to prosecute Hillary Clinton for her private email server, Ann Coulter has taken it upon herself to keep the hope alive…with a tweet she has sent out to her 1.12 million followers.

She says there is still a way for Hillary to make a home behind bars.

Whoa! I thought we elected @realDonaldTrump[2] president. Did we make him the FBI, & DOJ? His job is to pick those guys, not do their jobs. https://t.co/8JCQOO0dSF[6]

Of course after this was released, twitter responded…and there was no mistaking that people were ALL OVER THE PLACE with their opinions on the matter.

Eh @TOProject[8] WashPo lies.. When that dont work, they lie some more.. The WashPo belongs next to the throne – in an outhouse @AnnCoulter[1]

[email protected][1] P-E Trump will do things the old-fashioned way–hire good ppl, then let them do their jobs! #MAGA[12] @asamjulian[13] @realDonaldTrump[2]

@AnnCoulter[1] @realDonaldTrump[2] chill out, Ann. It's purely strategic so that Obama won't outright pardon Hillary. It'll be up to DOJ & FBI.

Those were the nicer responses of the bunch…the following, not so much:

@AnnCoulter[1] we got played.

@AnnCoulter[1] @realDonaldTrump[2] Trump Can not be a "Law and Order" President with out a independent investigation into the Clintons.. Period

@AnnCoulter[1] @realDonaldTrump[2] @washingtonpost[3] Get used to it, cupcake. Trump conned you along with every other Deplorable moron.

@AnnCoulter[1] @realDonaldTrump[2] @washingtonpost[3] We got another DC mouthpiece.. that didn't take long at all..Putting algae back into the swamp

Wow..rough. Ann Coulter is right, Trump will elect good people and those people will be the ones to go after Hillary if that is decided. Also, maybe, just maybe… Trump is holding out so Obama won’t pardon the woman, but it’s hard to see that he plays those kinds of mind games. At this point though…we’ve won on so many levels. We didn’t want Hillary as our President because she would mean the end of America and what it truly stands for.

We wanted the corruption to be cleansed from DC, we wanted a President strong enough to defeat that corruption. We got it. All of it. At this point, although Hillary may be guilty of unforgivable sins against America, the only thing that will be remedied by her going to prison now is the need for revenge, to avenge those she has wronged.

Of course there isn’t anything wrong with that. However, we won. Is it really important to put the time, effort and money into making sure she rots in jail now? Or is is more important to use this next 4 years to clean out all the trash instead of just focusing on 1 bag of it?

Personally, I think she has built her own prison. The woman is obviously miserable. She has been for a very long time. Greed is never satisfied and she has created her own little nightmare world because of it.

I guess to me it just depends on where we want to stand as Americans that have claimed in the past that integrity matters. Do integrity and revenge go in the same category of words?

Sending her to prison is fine, if it’s with the right intentions. I think Trump may have learned since winning the election that mercy on someone at their lowest moments may be the healing power needed to calm a nation that is very much in uprise right now.

We won. Do we need to further stir the pot that is already boiling with revenge? 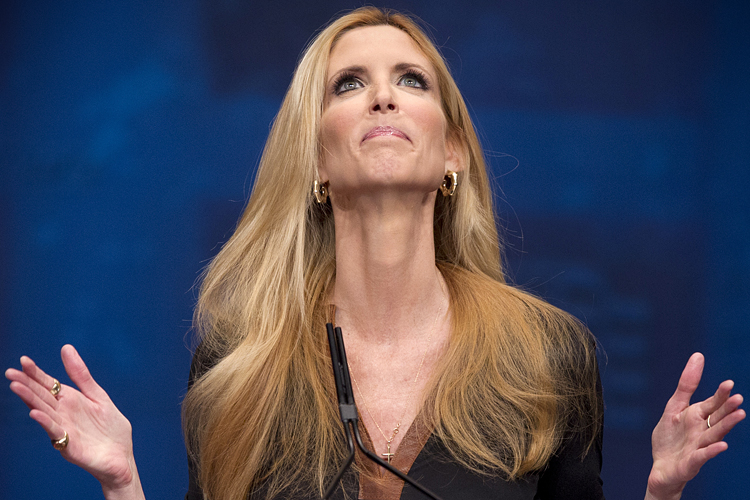