Ben Carson on why Hillary won’t be 45th President

Ben Carson has a few choice words for Hillary, and they are pretty much spot on. Carson doesn’t need to say much though. Hillary is doing a pretty good job of digging her own grave[1]: 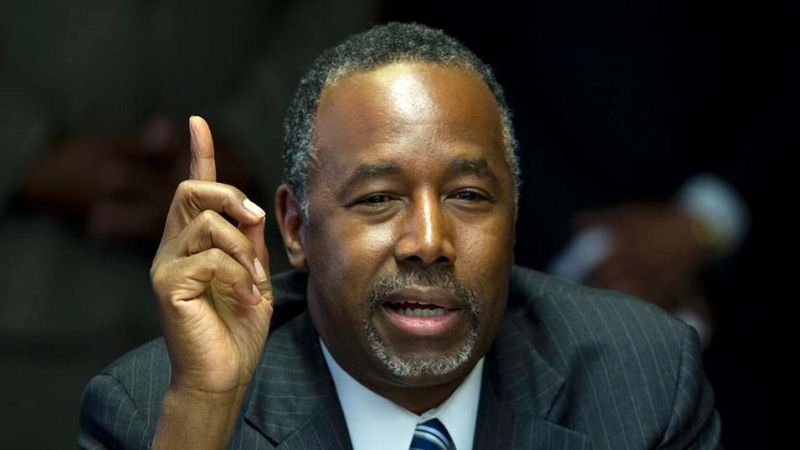 When (potentially soon-to-be) Republican frontrunner Ben Carson isn’t being labeled as “super low energy” by real estate mogul Donald Trump, or calling for an all out end to abortion in America, the good doctor is going after Democrat candidates Bernie Sanders and Hillary Clinton.

Here’s the reason Carson gives as to why Hills won’t become the 45th President of the United States, and thanks to TPM, Daily Beast, and IJ Review, it’s going viral…..

“Hillary could well be in jail, and it’s hard to run from there.”

Carson suggested the former Secretary of Statement would end up behind bars because an “indictable offense” will come out of either the Benghazi investigation or the “computer server” investigation. He pivoted slightly with his final thoughts on the matter:

“I think she may not be actually in jail, but I think the controversy swirling around that will have an extremely damaging effect.”
While we’d all like to see Hillary behind bars, the fact of the matter is that even if found guilty on numerous charges, she’ll more than likely be pardoned in some fashion by President Golfcart.

Ultimately, when a Republican becomes president-elect next November, the Clinton days will forever be behind us.

Well, until Chelsea inevitably runs for office, that is. Then the Clinton machine will be back in business.

While I wish that would happen, the rich and powerful like Hillary don’t go to jail. One set of laws for them and another for everyone else. She will get some lame house arrest at most.