It would appear[1] that James Comey was working with Hillary Clinton long before she was officially charged. During Comey’s testifying in front of Congress over Hillary Clinton, he pointedly refused to comment on anything to do with the Clinton Foundation and connections to ongoing investigations. That’s curious all by itself, but I have written before on Comey’s financial ties to Clinton. Before his time at the FBI, Comey was on the board of Lockheed Martin between 2005 and 2010. During that time, the company was one of the largest defense contractor donors to the Clinton Foundation. That strikes me as a conflict of interest… although I’m sure he would claim that it does not currently affect his handling of the investigation.

Regardless, I have long contended that Comey should have recused himself and he didn’t. He should have been fired long ago. Lockheed Martin was one of three companies to pay Bill Clinton $250,000 for a speech back in 2010. Just coincidentally, three days later Lockheed Martin was awarded a huge weapons contract. Comey was also on the board and a director of HSBC, the bank with close ties to the Clinton Administration and Frank Giustra, the controversial mining magnate who had his Russian uranium mining deal approved by Hillary Clinton’s State Department. Pretty dark ties between the two if you ask me. 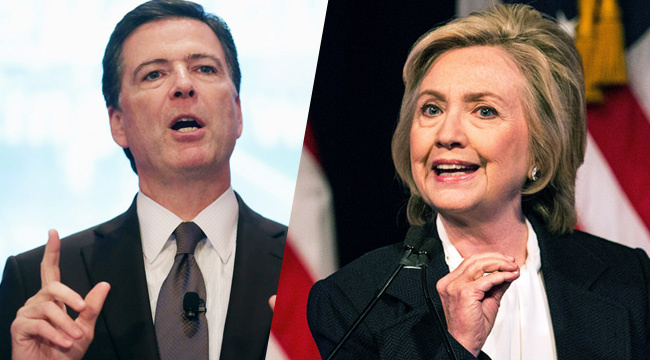 From The Conservative Tribune:

If former FBI Director James Comey talks, liberals have assumed he would implicate President Trump in something. Mind you, they’re not quite sure what it is — although the Boris-and-Natasha Russian fantasies harbored by the left usually factor into the calculus — but they’re convinced Comey will incriminate the president in something.

If Comey does publicize something, liberals definitely don’t want it to be his links to the infamous Clinton Foundation. However, a report from just before the 2016 election reveals just how tied to the Clintons the former FBI director was.

Independent Journal Review[3] reported on the odd coincidences eight months ago. It’s an enlightening read — and something that should horrify most Americans.

In fact, during testimony before Congress[4] in July, Comey refused to answer whether the bureau had investigated the Clinton Foundation when asked by Rep. Jason Chaffetz.

“I’m not going to comment on the existence or nonexistence of other investigations,” Comey said, according to The New York Times[5].

“Was the Clinton Foundation tied into this investigation (into Hillary Clinton’s use of a private email server)?” Chaffetz said in a follow-up question.

“I’m not going to answer that,” Comey replied.

Some time ago, I also reported as did Breitbart that Peter Comey, the former FBI director’s brother, was the senior director of real estate operations for the Americas for DLA Piper, another massive Clinton Foundation contributor. Who knows if any of this will lead anywhere. It probably depends on how much pressure is put on Comey and how much he fears the Clintons.

DLA Piper is the number six campaign contributor to Hillary Clinton’s political campaigns since 1989 with over $939,101 in total contributions. It has also given between $50,000-$100,000 to the Clinton Foundation. If the name DLA Piper looks familiar, it was the firm tasked with auditing the Clinton Foundation. There may be nothing there, but there are enough business dealings and connections to make you really sit up and take notice concerning Comey and Clinton. 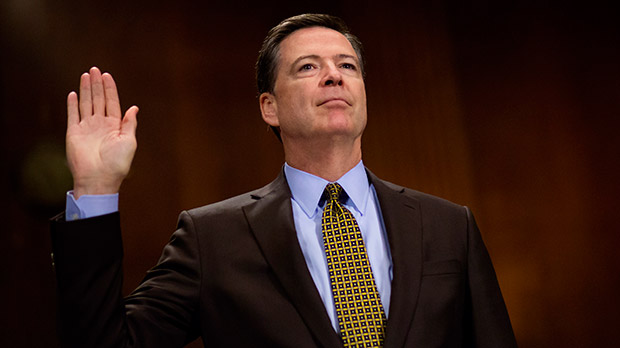