BREAKING: Another MASSIVE WikiLeaks Dump! This Is HUGE

It’s only Monday[1] and it is already shaping up to be a crappy week for Hillary Clinton. That makes me feel warm and fuzzy inside. WikiLeaks (i.e. Russia) has released a second batch of Podesta emails. The first set was launched last Friday. There were all kinds of nifty things in the first batch… leaked speeches, Clinton’s incestuous relationship with the media, her “Pied Piper” Republican candidates that she is trying to manipulate and her taking credit for bin Laden and more. The second set should be enlightening and interesting as well.

You can see the media here spinning on how to protect Hillary Clinton from Bill Clinton’s extramarital endeavors. The Office of Director of National Intelligence is saying that Russia and WikiLeaks are as one and they are right. Russia is behind these hacks. Disclosures on WikiLeaks and elsewhere “are consistent with the methods and motivations of Russian-directed efforts,” the Department of Homeland Security and Office of the Director of National Intelligence said in a joint statement. “These thefts and disclosures are intended to interfere with the U.S. election process.” This time, they have it right[2]. 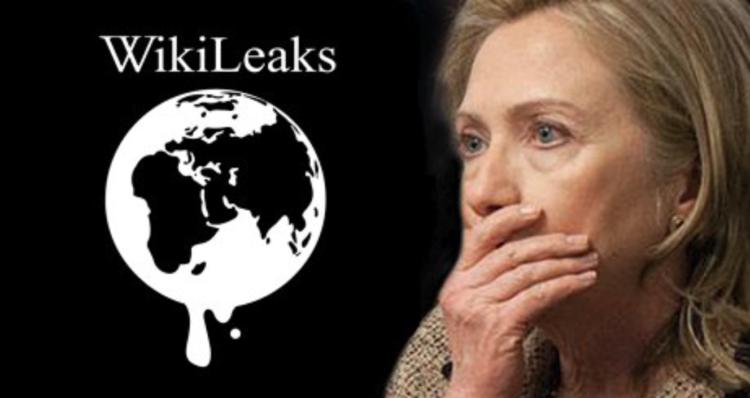 WikiLeaks on Monday published 2,000 new documents it claims were stolen from the email files of the chairman of Hillary Clinton’s presidential campaign.

The messages, which date from as recently as this year, include several discussions about campaign tactics and updates as well as spam messages. The cache of emails released on Friday included what appeared to be portions of controversial speeches[6] Clinton gave to major banks.

In one of the[7] newly released emails, opinion writer Brent Budowsky, who writes a column for The Hill[8], told Podesta that trying to limit Bill Clinton‘s media exposure gave prominence to discussions about his extramarital affairs.

“I had a multi-email exchange with someone in the media this morning—a name you would know—who is telling me that there are people close to the Clintons who says WJC’s sex life could be damaging to her,” Budowsky wrote, referring to Bill Clinton.

Clinton is correctly identifying the culprit as Russia, while Trump says there’s no evidence and the intelligence agencies are wrong. He knows that is bull crap. Then he went so far as to say there was no hack at all. I’d be the first to eviscerate the Hildabeast for lying, but she’s not on this point. Trump has a very cozy relationship with Russia and Russia wants him elected. If he loses, they still have plenty on Clinton to control her… she’s just that dirty.

In light of that, I’ll leave you with another hacking report – from The Washington Examiner:

FNC: [9]Internal documents made public on Sunday revealed a reporter for the New York Times working with Democratic officials to promote Hillary Clinton’s presidential candidacy, with party apparatchiks saying she has “never disappointed” them.

The January 2015 document centering on Clinton’s media strategy, released by the hacker known as Guccifer 2.0, was describing Maggie Haberman, who worked for Politico but who moved to the Times that month.

“We are all in agreement that the time is right [to] place a story with a friendly journalist in the coming days that positions us a little more transparently while achieving [our] goals,” said the memo[10], which was first published by The Intercept.

“We have [had] a very good relationship with Maggie Haberman of Politico over the last year,” the unsigned document noted. “We have had her tee up stories for us before and have never been disappointed. While we should have a larger conversation in the near future about a broader strategy for reengaging the beat press the covers HRC, for this we think we can achieve our objective and do the most shaping by going to Maggie.”

The Intercept reported that metadata pointed to Nick Merrill, the campaign’s press secretary, as the document’s author. It is unclear which party apparatus Guccifer purportedly hacked in order to obtain the document. Guccifer is the same persona that took credit for breaches of the Democratic National Committee and Democratic Congressional Campaign Committee over the summer.

There’s your smoking gun on Hillary’s collusion with the New York Times. You cannot trust the mainstream media at all on either side anymore.