We’ve been duped… again.[1] Millions of Americans cheered as Comey reopened Hillary’s email corruption case. FBI agents seized Anthony Weiner’s laptop with over 650,000 emails from Clinton and Abedin on it. We thought for sure there would be some justice now. Nope… Lucy pulled the football again. Comey has just issued a letter saying that, “Based on our review, we have not changed our conclusions that we expressed in July with respect to Sec Clinton.” I am in shock over this. Yes, the Clinton Foundation is still under investigation, but given this outcome, I have zero hope of that bearing fruit now.

There’s no way a team of agents could get through that many emails that fast. Somehow, some way, they got to Comey again. I hope there is a mass exodus from the agency over this. If Trump gets elected, I hope he fries Comey for his actions and inaction. In fact, Americans are going to be so incensed over this development, it may just get Trump elected. 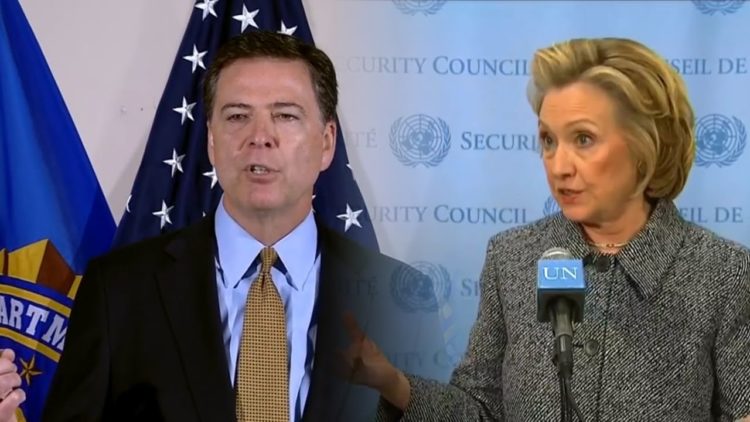 It looks like the FBI got our hopes up for nothing.

When James Comey reopened the FBI’s investigation into Hillary Clinton’s emails after discovering emails previously unearthed, many of us hoped we’d finally see Hillary brought to justice. Naturally, all the liberals who praised Comey for letting Hillary off the hook for simply doing his job decided to hound the man…. for doing his job. CNN constantly referred to him as “Republican James Comey,” even though he’s a registered Independent, and the Huffington Post[3] lamented how “white and male” the FBI is (the horror!).

Right now I am so angry, I’m not thinking straight. This shows how very deep and widespread the collusion and corruption is in America. The Clinton Machine was far more powerful than any of us knew. Clinton is dirty and everyone knows it… but she has corrupted all those in power around her and seems to be untouchable. This may light a fuse in this country now that could burn it all down. God help us.

If Comey thinks this shocking move will help Hillary Clinton win, he’s delusional. I guess we will see Tuesday, but I feel stronger than ever that Trump may win this now… it feels like a torches and pitchforks moment cometh. 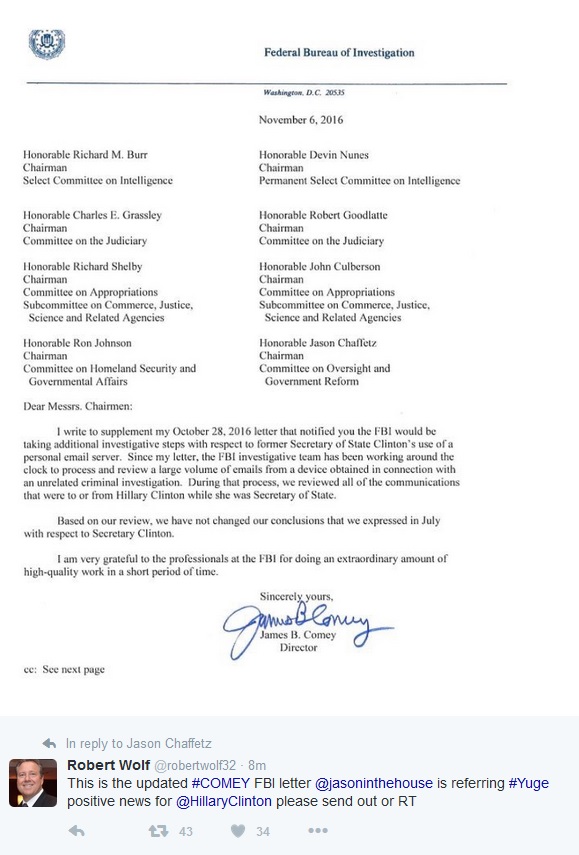 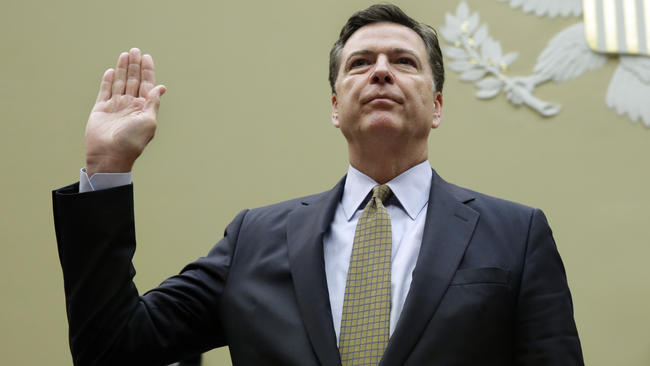