BREAKING: Former Hillary Spokesperson Says She ‘May Have Known’ About Dossier Funding [VIDEO]

If this keeps up, Hillary Clinton may yet rock an orange jumpsuit. Her former campaign spokesman just said that Clinton “may have known” that her campaign was behind the funding of the infamous fake dossier linking the Trump campaign to the Russian government. She’s been lying her freaking head off the whole time. This revelation comes from Brian Fallon, who is now a CNN contributor. He said today that he did not know that they were funding the dossier prior to a bombshell report by the Washington Post. And like all good rats abandoning a sinking ship, he then threw the Hildabeast under the bus. He said he did not know if Hillary Clinton was aware that her campaign and the DNC were paying Fusion GPS to produce the document. That’s as close as you’ll get to him saying she knew.

“I don’t know,” Fallon said when asked if Hillary Clinton knew about the funding. “I haven’t spoken to her.” Well, you know that is bull crap. I am certain he has spoken to her about this as this constitutes a major political emergency. CNN’s Poppy Harlow pressed onward, asking, “shouldn’t she have known?” Well, duh… of course she did. “Well, I mean, she may have known,” he clarified. “The degree of exactly what she knew is beyond my knowledge… I mean she may or may not have been aware of that level of detail. I don’t know.” 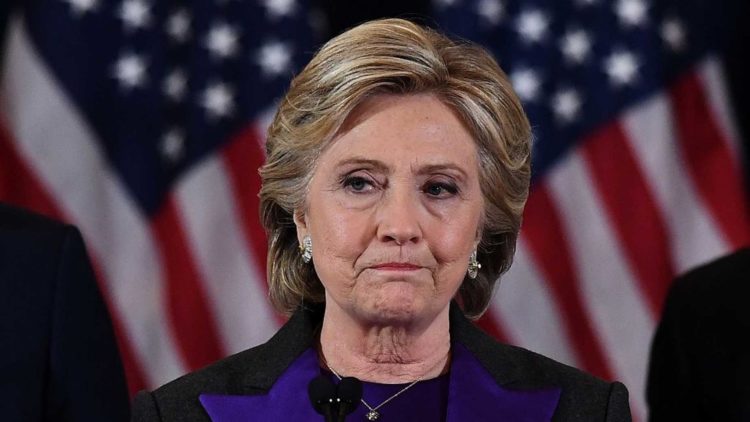 Clinton campaign lawyer Elias allegedly denied for a year that he had anything to do with the dossier. That was a lie too. All of this is coming crashing down on Hillary Clinton. Why? Because of that witness that will be coming forward. There is a gag order on that businessman, but he is about to be subpoenaed and then the crap is going to hit the fan. All of these dirtbags are trying to get out in front of it before they are exposed.

Former Hillary Clinton press secretary Brian Fallon defended Clinton last night vehemently. “I regret I didnt know about Christopher Steele’s hiring pre-election. If I had, I would have volunteered to go to Europe and try to help him.” “I have no idea what Fusion or [Christopher] Steele were paid but if even a shred of that dossier ends up helping [Special Counsel Robert] Mueller, it will prove money well spent,” Fallon tweeted. He also defended Marc Elias, the DNC lawyer at the center of the financial transaction between the Democrats and Fusion GPS. Today, he seems to be backtracking and proclaiming his innocence while he lays the blame on Clinton. I hope he is nailed for this with Clinton and a bunch of other people. Let the panic begin!

I regret I didnt know about Christopher Steele's hiring pre-election. If I had, I would have volunteered to go to Europe and try to help him

If I'd gotten his dossier before Nov 8, I may have tried to convince Mook & Podesta to let me hold a Comey-style press conference to read it

I have no idea what Fusion or Steele were paid but if even a shred of that dossier ends up helping Mueller, it will prove money well spent

And all this time I thought @marceelias[5] was merely best election lawyer & voting rights lawyer in U.S. Proud to have shared foxhole with him