NewsMax has an explosive report[1] by Ed Klein that claims that Hillary Clinton may be offered a plea deal. There was a meeting last month as the DOJ reopened her email investigation case and this was supposedly discussed. It might be prudent to remind everyone this would be highly unusual as Clinton has not been charged with a crime as of yet. According to this report, Clinton would have to plead guilty to charges of breaking the law. The government claims they have sufficient grounds to charge and prosecute Hillary Clinton on multiple counts.

You just know that the MSM will not even remotely cover this development. Under the alleged agreement, Clinton would be required to sign a document admitting that she committed a prosecutable crime. In return, the DOJ would agree not to bring charges against Hillary in connection with the email probe. Also as part of the agreement, the Justice Department would not proceed with an investigation of Hillary’s pay to play deals with foreign governments and businessmen who contributed to the Clinton Foundation or who paid Bill Clinton exorbitant speaking fees. Although, I’m all for charging Clinton with a number of crimes, if they have such a strong case, why a plea deal? I’d much rather see her rocking an orange pantsuit behind bars, thank you. 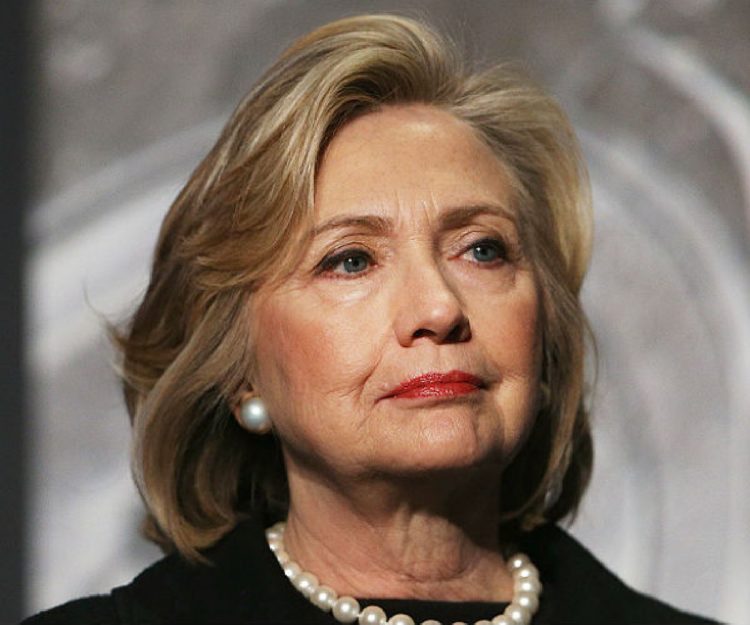 The Justice Department has reopened the investigation of Hillary Clinton’s mishandling of classified material on her private email system while she was secretary of state, and is considering offering her a plea bargain if she will agree to plead guilty to charges of breaking the law, according to a Clinton attorney.

The discussion of a plea bargain took place late last month and was offered by a high-ranking Justice Department official to the Clinton lawyer.

During the exploratory talks with the prosecutor, the Clinton attorney was told that despite former FBI Director James Comey’s decision last July not to prosecute Hillary, the Justice Department has reexamined the email case and believes there are ample grounds for prosecuting Hillary on a number of counts.

Under the Justice Department’s plea offer, Hillary would be required to sign a document admitting that she committed a prosecutable crime. In return, the DOJ would agree not to bring charges against Hillary in connection with the email probe.

Unless the DOJ has an uber strong case and Clinton is backed into a legal corner, I don’t see this happening. Even if she is absolved of certain crimes, just admitting to guilt would open the floodgates on everything else. And why are we hearing about this now and from only one source? Did Clinton’s attorney leak this as it seems they did? Very odd. I don’t doubt there are deals being made, but this one sounds off to me. Frankly, if I were a prosecutor and had a solid case against Clinton, I would make a name for myself and nail the witch.

Comey no longer heads up the FBI and Attorney General Jeff Sessions has been unleashed, so who knows what is going on here. Plea deals are not usually cut unless you have something to offer the prosecutor. Since this primarily rides on the Hildabeast, I would be very surprised to see a plea deal play out here. And ethically it shouldn’t. She is the most corrupt politician alive today and has committed horrendous crimes including treason in my book with Skolkovo and the uranium agreement. She should go to prison forever just on those counts and there are many more to answer for. Perhaps justice will be forthcoming here, but I’ll believe it when I see it.