You’ve got to be freaking kidding me. Hillary Clinton is now saying she won’t rule out challenging the legitimacy of the 2016 presidential election if it is determined that indeed there was Russian interference and it was deeper than previously thought. “No, I wouldn’t rule it out,” she said in an interview with NPR published Monday. Does she know something the rest of us don’t know? Did Mueller intimate to her that there was more there there with the Russians? That’s a very curious question and answer since the election was almost eleven months ago. Very strange.

Hillary Clinton just will not let go of her defeat in November of last year. She has blamed everyone and everything else on the planet but herself and now she hints at challenging the election. I’m not even sure she can legally do that this far out. And it would seem that the Hildabeast knows that: “I don’t know if there’s any legal, constitutional way to do that,” Clinton said. “I think you can raise questions.” But I’ll bet she tries. 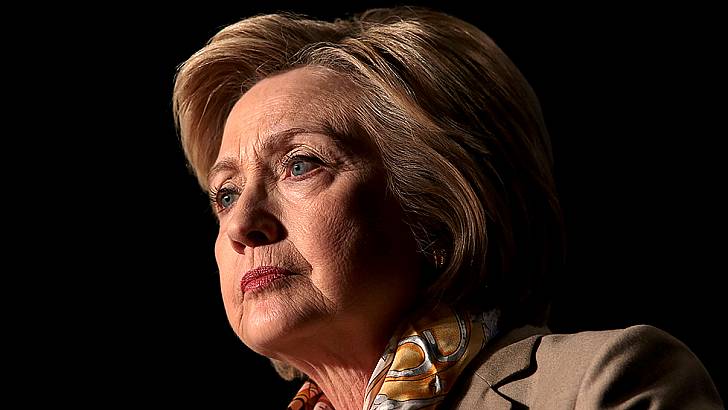 There has been no proof whatsoever that Russia affected the actual voting process. I am of the belief that yes, they hacked databases and they placed phony ads on Facebook… but they didn’t access the individual voting machines or the software. Clinton is desperately grasping at non-existent straws here. And the Russians weren’t what tanked her campaign… she was.

In point of fact, it’s more than arguable that Hillary colluded more with the Russians than Trump ever did. Just sayin’. Nevertheless, Special Counsel Robert Mueller is looking into the whole affair and has gone to Facebook over the thousands of fake ads Russia evidently placed taking sides on issues on both sides of the political aisle. Because after all, they don’t care who wins, they just want mayhem and chaos in the streets. Mueller is also looking into whether Trump benefited at all or whether anyone on his team actually colluded with Russia.

JUST IN: Clinton refuses to rule out challenging the legitimacy of 2016 election https://t.co/PAjUW1oGIP[2] pic.twitter.com/FDCtuKXQvO[3]

“[Trump] knew they were trying to do whatever they could to discredit me with emails, so there’s obviously a trail there,” Clinton said. “I don’t know that in our system we have any means of doing that, but I just wanted to add to the point you made. There’s no doubt they influenced the election: We now know more about how they did that.” No… they didn’t influence the voting… this woman is delusional. She discredited herself.

Mueller is also looking into Trump’s firing of Comey and whether that was an attempt to obstruct the investigations. I doubt it was. If anything, it looks to me as if Comey was complicit with Clinton to a certain extent. He certainly had something hinky going on. No doubt about it.

Clinton in the end of this interview claimed she would have handled the Russia issue much differently than Trump by establishing an “independent commission with subpoena power” to probe it. “Let me just put it this way, if I had lost the popular vote but won the electoral college and in my first day as president the intelligence community came to me and said, ‘The Russians influenced the election,’ I would’ve never stood for it,” she said. “Even though it might’ve advantaged me, I would’ve said, ‘We’ve got to get to the bottom of this.’” Y’all know that’s bull crap, right? This is the most corrupt politician I have ever seen in my lifetime… she would never have allowed the issue to ever stick in the first place.

Clinton’s desperation is no longer even mildly amusing. It’s pathetic and she won’t quit till she whips leftists into a frenzy over this. She needs to exit stage left… seriously. Frankly, she has no legal or constitutional ground to stand on all this and she’s just making a fool of herself. Please stop before you hurt yourself Hills. Please. 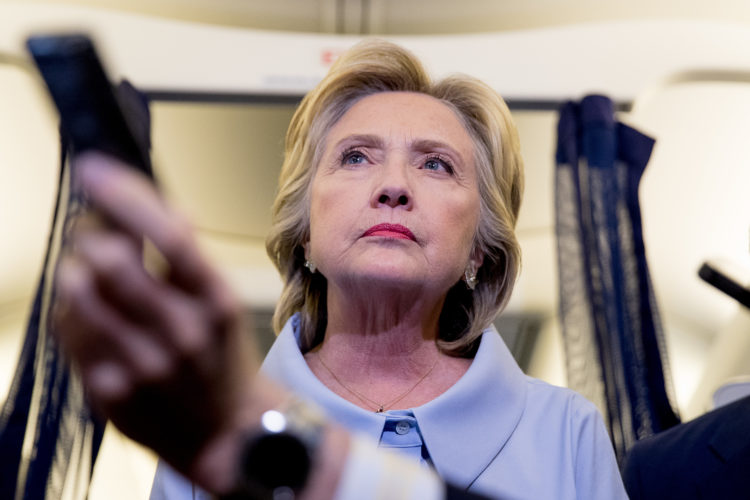