Another rat was just uncovered in the fake Russian Trump dossier scandal that is threatening to swallow Hillary Clinton whole. Last night, the Washington Post dropped the bombshell that Hillary Clinton’s campaign and the DNC were behind the funding of the dossier. Too bad you can’t see my shocked face. I suspected this all along. The only surprise I got last night was that Paul Manafort was working for the Russians and the Podesta Group before he came on with Trump. He was a plant and I knew that, I just did not know he was working directly for Podesta. Now this… Hillary’s lawyer lied for a year about the dossier. Bad attorney… bad.

In April of 2016, Marc E. Elias, the lawyer representing the Clinton campaign, got Fusion GPS to do opposition research on Donald Trump, according to sources described as “people familiar with the matter.” Elias has been denying that for a year according to a New York Times reporter. And of course, being an attorney, Elias has no further comment on his lying. Marc Elias brokered a deal between the Clinton camp, the Democratic National Committee and opposition research firm Fusion GPS to dig up dirt on the President while he was running for office. Then he covered it up. Someone is in deep doo doo here. 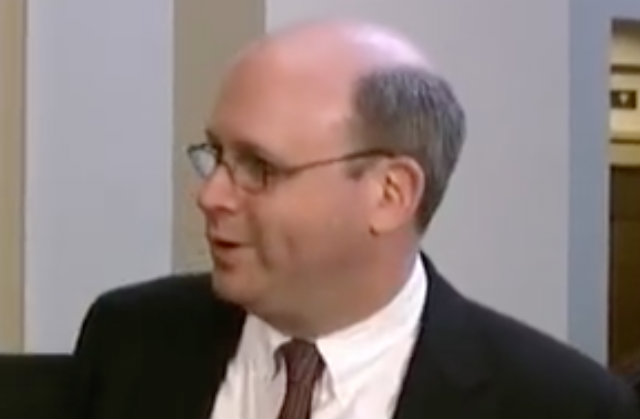 The House Intelligence Committee subpoenaed a bank to get Fusion GPS’ financial information. Investigators wanted to know who funded the infamous ‘pee-pee’ dossier. Fusion, known as Bean LLC, sued the bank on Friday in a Washington federal court to stop the exposure, but it was too late. This whole shadowy maneuver is now blowing up in all of their faces big time. Two New York Times reporters last night said on Twitter that Elias and others involved had lied about their ties to the arrangement. “Folks involved in funding this lied about it, and with sanctimony, for a year,” Times reporter Maggie Haberman tweeted after The Washington Post linked the dossier to Elias and his law firm Perkins Coie. Kennth Vogel, another Times journalist, tweeted: “When I tried to report this story, Clinton campaign lawyer @marceelias pushed back vigorously, saying “You (or your sources) are wrong”.”

Elias’ law firm, Perkins Coie, admitted to retaining Fusion GPS on behalf of the Clinton campaign and DNC. Perkins Coie General Counsel Matthew J. Gehringer issued a letter in the Fusion GPS lawsuit on Tuesday, freeing the research firm from maintaining client confidentiality in this case. “Further, given the interest in this issue, we believe it would be appropriate for all parties who hired Fusion GPS in connection with the 2016 presidential campaign to release Fusion GPS from this obligation as well,” he wrote. It’s also being reported that they started out working for a Republican client before Clinton got involved. I’d really like to know who that was. 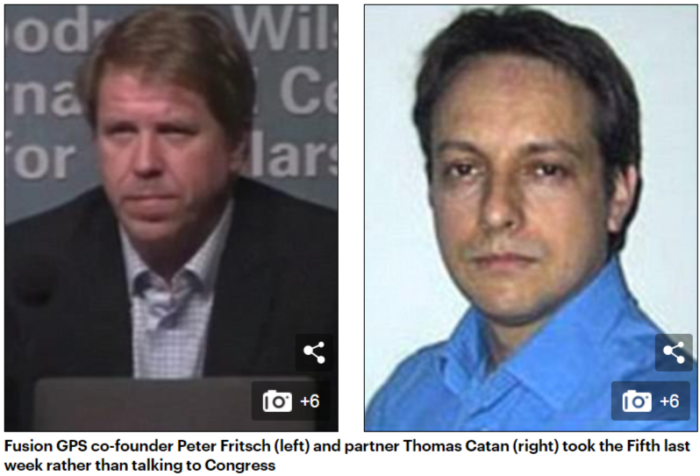 Former Clinton campaign spokesman Brian Fallon said on Twitter that he regretted not knowing about Steele’s hiring before the election and that had he known, “I would have volunteered to go to Europe and try to help him. I have no idea what Fusion or Steele were paid but if even a shred of that dossier ends up helping Mueller, it will prove money well spent,” Fallon said in another tweet. Today, Fallon now admits that Clinton may well have known about the payment for the dossier. We all know she did.

Liar after liar is going to be exposed over this. The government witness that has a gag order imposed on them will testify. All it takes is a subpoena. That’s why all of this is coming out. It is damage control before it hits the fan when this guy talks. Things are about to get very interesting for the Democrats… in a very bad way. Serves them right.

Officials behind the now discredited "Dossier" plead the Fifth. Justice Department and/or FBI should immediately release who paid for it. 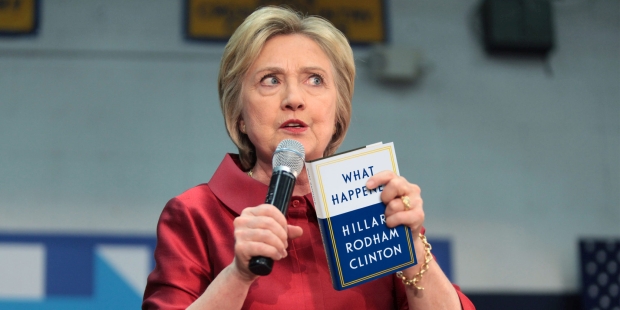